It is the silence before the arrival of the storm.

I would not only blame the CCP virus for this economic havoc but also the policymakers for this devastating GDP Q4 result. Already before this virus, the Indian economy was struggling hard to provide a growth rate above a mere 8%. 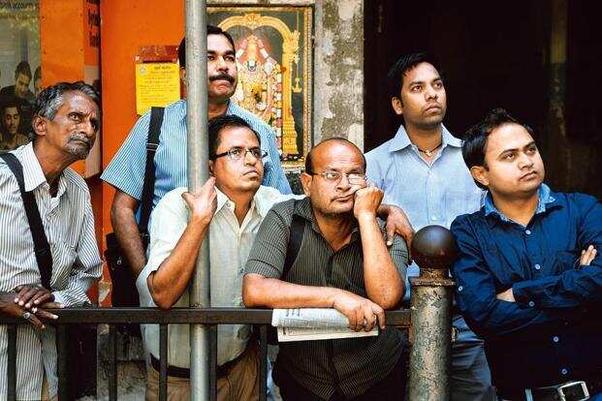 Some insights into what has already happened-:

This is just a peek of the iceberg we are sitting on, the ground reality is far worse than this shown in stats. Almost every rating agency has downgraded India’s GDP growth to negative for the current fiscal year.

Now take a brief insight into the hardest-hit sectors due to CCP virus-:

Aviation is the worst-hit sector, with both international and domestic flights canceled on account of lockdown. Industry experts highlight that the aviation sector globally incurs higher fixed costs and operates at very thin margins due to high competition from low-cost carriers (LCC).The recent sharp decline in crude prices is positive for the aviation sector. However, the benefit of lower aviation fuel can come only when airlines operate at optimum utilization. Companies’ ability to manage fixed costs will be the key to survive this event. Even after lifting of lockdown travel activity be very slow as people would still avoid traveling for some time.

India’s hotel industry is estimated to face a whopping business loss of Rs 90,000 crore during this calendar year, as all hotels are closed due to nationwide lockdown to control coronavirus disease. The capital intensive component is normally debt and it has to be serviced by payment of interest on debt and repayment of debt. Hotels are also labor-intensive, so they have lots of fixed costs such as wage bills, besides paying government levies, minimum load charges, among others.

The auto sector has been witnessing one of the worst cyclical downturns over the past few quarters due to multiple factors, including lower demand, the transition to BS-VI, and the NBFC liquidity crisis. This led to inventory pile up as volumes were hitting record lows month after month. During 9M FY20, net sales of the automobile OEMs witnessed a y-o-y decline of about 14%. The ongoing coronavirus pandemic and lockdown is set to hit the sector harder, which will take much longer to recover. Going forward, it will also face supply-side issues due to dependency on China for various components. As of March-end, auto industry volumes were down ~18%, and the spillover effect will be seen in FY21. India set to report zero automotive sales in April.

The ongoing Covid19 outbreak and its impact on the economy have pushed sentiment in real estate to its all-time lowest level in the quarter ended March. Both residential and commercial real estate sectors are expected to be hit in terms of launches, sales, and prices showed a Knight Frank India survey. The residential sector which already had concerns of weak demand will find it difficult to launch new projects and complete the ongoing ones due to construction halts and labor shortage. The current lockdown has brought the industry to a standstill position and the recovery curve will depend on the fiscal stimulus rolled out by the government.

The National Restaurant Association of India (NRAI) on Thursday said there has been a definite impact of the coronavirus outbreak on the overall foodservice business, with various segments being impacted in varying degrees. “Banquets is the worst-hit segment, largely due to the travel curbs and a general avoidance of people in getting into the larger gathering. Big releases postponed, film, TV and web series shootings halted, theatres unable to screen movies, daily wage employees struggling for their next meal… the Rs 183 billion Indian film industry is going through its worst phase because of the lockdown necessitated by the coronavirus pandemic.

A small survey by McKinsey

Current-quarter consumption could drop by more than 30 percent in discretionary categories, such as clothing and furnishings, and by up to 10 percent in areas such as food and utilities. Strained debt- service-coverage ratios would be anticipated in the travel, transport, and logistics; textiles; power; and hotel and entertainment sectors. There could be solvency risk within the Indian financial system, as almost 25 percent of MSME and small- and medium-size-enterprise (MSME) loans could slip into default, compared with 6 percent in the corporate sector (although the rate could be much higher in aviation, textiles, power, and construction) and 3 percent in the retail segment (mainly in personal loans for self-employed workers and small businesses). Liquidity risk would also need urgent attention as payments begin freezing in the corporate and MSME supply chains. Attention will need to be given to the liquidity needs of banks and non-banks with stretched liquidity-coverage ratios to ensure depositor confidence. 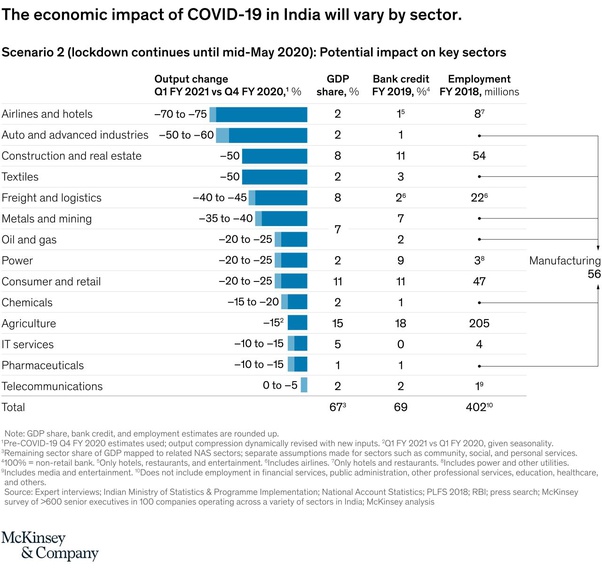 And the current scenario was inevitable due to lockdown and CCP Virus, so blaming govt. during this time is worthless. And we should look forward to being “AATMANIRBHAR”.

Auto industry hits coronavirus, lockdown roadblock; here’s what will get it up to speed in two years

P.S.: Don’t forget to upvote the answer and follow me, it acts as a source of encouragement for further reading and writing answers on Quora.