It’s called the Stuart Handler Department of Real Estate is the College of Business Administration’s fifth department. There are plans in the works for a bachelor

What qualifications and experience do you need to become a Disney Imagineer concept designer?

I was very, very fortunate to become a Disney Imagineer in their Architecture department first off on the Euro-Disneyland project in 1993 about 7 months after I graduated from the School of Architecture at USC.  This had been my dream job since before starting college.  Each of my five years during college I applied to WDI in the hopes of landing just an internship.  Each time they acknowledged my interest and sent me one of these nice pre-printed postcards in return that basically said, “Thanks, but no thanks!”  I got at least one of these each year, yet I never gave up on my dream of working at WDI. 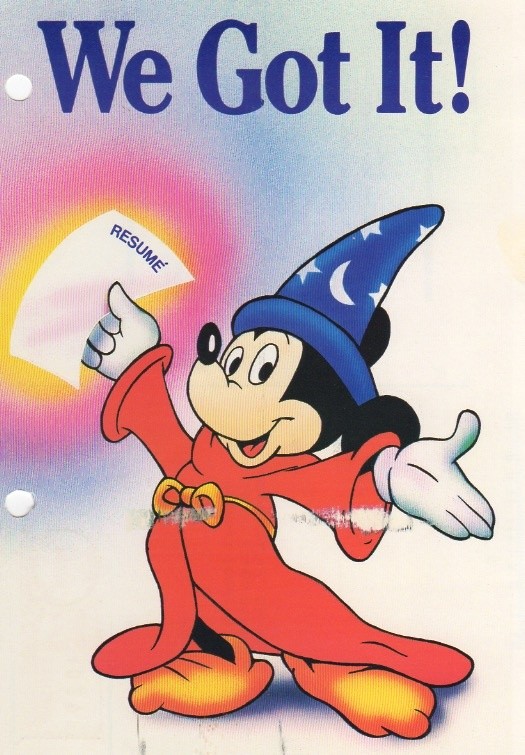 During my 10th and final semester at USC, one day I just happened to act as a “Good Samaritan” (I am big believer in Karma) when I saw that this guy was clearly having car problems while I was out on this rural mountain road near Malibu.  I helped jump this guys car and we got to talking.  He asked me what I was doing and I explained that I was a student at USC.  He said that he went to USC.  I explained that I was studying Architecture and he explained that he also studied Architecture decades ago.  I asked what does he do now?  He explained that he worked as an Imagineer at WDI.  He asked if I would ever want a personal tour at WDI? I asked if we could go there right now?

In the months to half a year that followed this guy Doug informally was mentoring me to get a job at WDI once I graduated in May 1992.  I would call him monthly and I would get a tour of his office and see first hand the crazy fun projects that he was working on.  He helped me modify my resume and my portfolio to be prepared.  One month as I was just about to graduate, I called Doug as usually and he explained that it was not a good time to chat.  WDI was undergoing a round of layoffs and I remember him saying “…to get rid of all of the dead weight in the office” and to call him back in a few weeks.  I called him back later as suggested and he no longer answered this office phone.  Apparently Doug was considered dead weight at WDI.  So my golden ticket to get into WDI was now gone.  I was shocked and disappointed but I did not give up!

1992 was not a good time to be an Architecture graduate.  The commercial real estate industry was suffering from a minor recession and nobody seemed to be hiring Architecture students.  This was pre-Internet so we did everything the old fashion way.  I was constantly going to an office to fax my resume around town.  I would make warm and cold calls all morning, get a cheap lunch and most days that summer, go to the beach as I had nothing else to do.

One day after 5 years of applying to WDI, my hard work and diligence finally paid off as someone WDI actually called me about a position!  I could not believe it.  Euro-Disneyland in Paris had just open the summer before during a European Recession and things were no going well for their new park and attendance was way under initial expectation.  WDI under Michael Eisner’s leadership was going to throw more money at the problem and thus I was part of an architectural team to design and create “expansion projects” quickly to add more life to the struggling new theme park.  I assisted in the design of new attractions, rides,restaurants, etc. for a new “Jules Verne” theme land.  It was an incredible experience for someone straight out of college and I learned a lot very quickly.

My very first design project was to design an area restroom with 40 stalls and urinals with a separate family restroom. My parents must have been so proud at that moment but this was for Euro-Disneyland so I didn’t care, I had made my dream happen!  I was then tasked with creating a physical scaled model of a train shed for their Casey Jr. Train ride and the WDI model supply shop was as big as a grocery store and I could just go and take and use anything that I wanted. It was like working in Santa Claus’ toy shop.  I could not believe that I had finally made it to my dream job and they were paying me to be there! 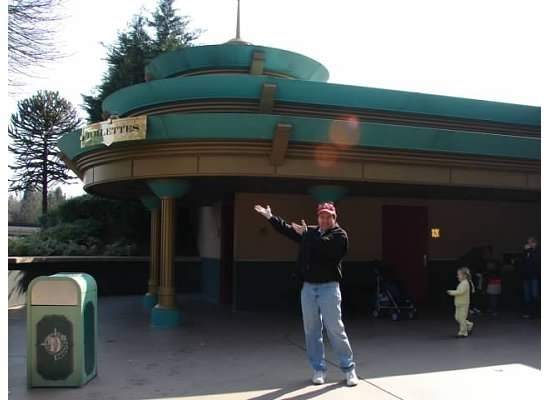 (I finally got to see by first design project at Euro-Disneyland in Paris in 2007 that I had designed in 1993.)

Though this first assignment at WDI was short lived and only lasted 3-4 months, this very high quality career exposure and access helped launch my decade long career as an Architect and Project Manager in the entertainment and hospitality industries.  I worked on the design and also build side on over 10 theme park projects around the world for WDI (3 times), Universal Studios (twice), Landmark Entertainment Group (twice), Warner Bros. Stores, and other smaller design companies that are no longer in business after the events of September 11th, 2001.

I have never claimed to be the most smartest, gifted or talented person in the room or class but I did always strive to be the most ambitious.  I was told that I got more than a few of my positions in my past career because I was never going to give up or accept the first, few “nos”.

You cannot get a break landing a super creative position at WDI without having the goods and talent to be there.  I worked on three different WDI theme park projects during the 1990’s and I was always surrounded by very talented people. WDI paid well and a huge amount of people would want to work there given a choice, thus they choose to work with the best.  Being the best is not good enough at a place like WDI as you have to be ambitious and really go for it to get their attention and stand out from the crowd.

Also once you get in, you have to completely realize that very few people at WDI are “lifers” with truly permanent jobs. Most people that WDI employs are temporary employees and independent contractors like I was because WDI does not have consistent need for design talent each and every year.  They staff up for their theme park projects for a few years so timing is very critical and then you get the joy of being laid off even if you do an outstanding job.  The other downside is that WDI is a very political work environment where there are a lot of creative design people with huge egos that you need to maneuver around to keep your job.

I was very fortunate to get those theme park design experiences over a 10-yearperiod but I also know that this was a past chapter of my life that is gone now and I had to move on to a new chapter in the story of my life.