Of course, tech companies and pundits have been talking about how VR or AR or both (as a single Mixed Reality brand) is the next wave of computing.

What is VR missing?

Everything we do revolves around technology and VR basically. So it should come as no surprise that as technology evolves, so will our lifestyles. Virtual Reality and Augmented Reality are soon to become commonplace in different parts of our lives. Here are 3 major Virtual Reality trends we should keep an eye out for in 2018.

This might sound obvious, but the tools are only going to get better. Headsets will become independent of computers or smartphones. VR will become wireless. The technology will become less bulky and more advanced and accessible. We will see improvements in how “real” or immersive the experience can become.

We will see advancements in foveated rendering, which is basically going to help replicate what our vision actually does in real life and translate it to virtual reality. That is to say, things that are in the peripheral points in our vision will appear blurred, while things we are actually looking at will be more clear, replicating our reality in the digital world and making the feeling of immersion even more convincing.

Overall, we’re also seeing steps being taken towards involving more senses in the VR experience. Visual and audio are no longer the sole focus of the technology. Other senses such as touch, smell and temperature are slowly going to be incorporated in the VR experience, making it all the more immersive. We are likely to see this becoming a goal for developers in the months and years to come.

New, wireless and standalone hardware are on the horizon! The Oculus is currently working on two projects that are going to set the stage for the coming years: the Go and Project Santa Cruz. Go is all about going wireless and it’s going to hit the commercial market at a price of $200 so we can expect to see it pop up in households all across the US in 2018. Project Santa Cruz is going to include some breakthrough technology featuring full positional tracking and six degrees of freedom. These advancements will help the wearer to move around more naturally.

Meanwhile companies like HTC and Sony are also making a splash with the Vive Focus, and a new and improved PSVR. To top it off, Google is partnering with HTC Vive and Lenovo for a pair of standalone headsets. And while Apple is not particularly interested in VR technology, it is shifting some focus on the world of Augmented Reality and might be working on an AR headset, which we’ll likely hear more about in the year 2019.

A Boost in V-Commerce

E-commerce has long ago become part of our lifestyle. I mean, 96% of Americans shop online, so it shouldn’t be very shocking that further developments are being made in that sector. Both VR and AR have a lot of potential in the world of e-commerce, and we are witnessing this progress first-hand. Consumers are being given the opportunity to test out different products such as clothing, accessories or even furniture, before placing their purchases.

Imagine if the advancements in additional sensory devices continue and reach across the V-Commerce sector. We would be able to go so far as to test the smell of perfumes or the flavors of different food items! Trippy right? Alibaba was ahead of the game back in 2016, so you can only imagine what’s in store for us in the future.

Consider the fact that one week after launching it’s VR shopping platform across China, Alibaba had approximately 8 million v-commerce users! Alibaba wasn’t the only one. Ikea also had a similar shopping experience available to consumers in Australia, again allowing shoppers to experience the stores from home as though they were there, make purchases and have them delivered to their homes.

And when talking about retail of course you can’t miss the second half of the coin which is advertising. It’s inevitable that we will be seeing brands trying to promote themselves, their products and services through the new shiny medium of VR. This can target almost any industry, there’s so much potential. One of the first VR advertisements is Volvo’s XC90 SUV virtual ride, using a Google Cardboard.

We are likely to see more and more brands using this technology in their marketing campaigns, as it creates a totally different and deeply resonating connection with audiences. 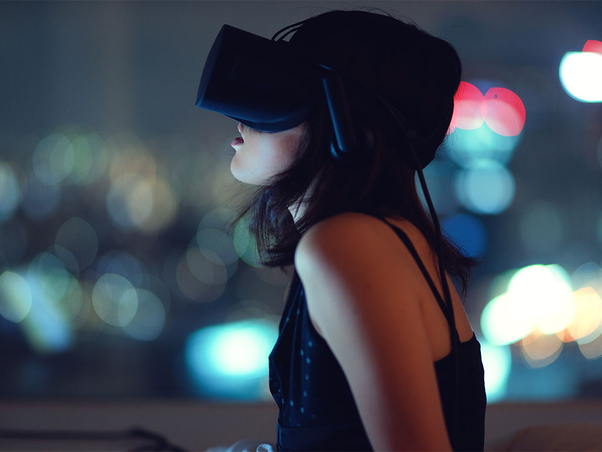 In the year to come, we will be seeing a rise in number of tools available for people like you and me to create and publish VR content, without necessarily having to be complete experts in the field. We will see people using VR platforms to tell their stories. A Machinima-style website called MindShow already exists, which lets creators record a 3D gaming environment like a movie set, only, as a creator, you can step into the shoes of different characters, and using a VR headset, record the characters’ actions to create your own story..

Since social media is what occupies most of our time, don’t be surprised to see more VR in our social media as well. As of now, we are used to seeing 360-degree photos and videos on our Facebook feed, but did you know that facebook is developing a new 360 degree recording device called Surround 360? It was created with the intention to promote 360 degrees user level interactions. So we will for sure be seeing VR seeping into our social media experiences in the near future.

If we are used to using mediums like YouTube, Snapchat, Pinterest and Instagram, the future might hold an entirely new platform that dedicates itself to a VR experience. Even the 360Stories platform takes a step in a new direction of socializing and story sharing using new tech. Not to mention the fact that existing social media platforms are now leaning towards VR/AR advances. This will inevitably change the job market as well, as more and more VR related creators will be needed as time goes on. Experts in marketing and advertising will need to think VR. VR hardware developers will become more in demand. Companies will begin hiring VR specialists.

VR is already being integrated in our daily life without us even noticing. The transition will become so gradual and natural that we won’t even blink. Brands struggling to stay relevant will therefore begin adjusting to the new technology trends. AR will be developed with VR simultaneously until the experiences come hand in hand and become a hybrid. We will see this technology everywhere: offices, classrooms, supermarkets, museums, medical units, malls, quite literally everywhere. So buckle up, because the future is looking bright!