In 2019, PRS investment was the largest of any segment of real estate investment in Ireland. According to a recent report from Hooke and MacDonald,

How come the British Government aren’t going to the same lengths as others to try and slow COVID-19? Is the idea of herd immunity not just giving up on the older generation?

It wasn’t that slow to respond to the Coronavirus.

The full lockdown came at similar times to other countries that qualify as our comparators.

How UK coronavirus lockdown compares with other countries

Roughly at 6000 cases and 2–400 deaths each country has locked down at. In addition to this the UK was already under some restrictions before that.

Hindsight is a wonderful thing so its tempting to say we could have locked down earlier but the question remains when? If lockdown happens too early then no one gets infected and hence no one has any immunity. This would mean we’d have to stay locked down essentially until a vaccine was created which may be months or even years. Which for obvious reasons is simply implausible.

Ive seen people who have said Cheltenham racing festival should have been cancelled but this would not have helped because there would still be 100K people in Cheltenham who would then leave at the same time.

The private medical sector was effectively procured by the NHS with all their beds and equipment and large orders of ventilators placed to James Dyson.

The incredible economic package for bailing out businesses and paying workers was also put together very quickly and has been universally praised by business and is also currently the only reason ill be paying my rent this month while bedridden with Covid. A truly incredible bureaucratic exercise. My partner works for DWP and they have moved mountains to remove caps on the self employed and fast track claims.

I can only assume this was not created in 2 days so some measure of fiscal planning must have taken place from when other european countries went into lockdown.

I know the left are simply desperate to turn tragedy into fuel for a political agenda but their criticism simply makes no sense. They seem to have assigned to themselves expertise in global pandemic response and then decided their new expertise is superior to that of the world class institutions advising the government. This narrative of “too slow” is simply a myth. We only had our first case on the 26th February and almost 3 weeks before that the NHS was making moves to securing PPE supply lines and preparing temp contracts for retired and students.

Can see here the updates.

Could a few things have been done differently by the UK? Of course but that is true of any real time developing situation with thousands of lives at stake. We could have ordered 20M tests and cleared them in January for example before demand exploded but the Chinese did not even admit this transferred between humans until the 20th January. The WHO were praising China to high heaven up until February and basically parroting the Chinese party line.

“We appreciate the seriousness with which China is taking this outbreak, especially the commitment from top leadership, and the transparency they have demonstrated,” Head of WHO 24th Jan.

The only criticism people seem to have is that the UK government did not see the future or listen to people who were totally and completely lying. Im not sure how any reasonable person could say the UK gov should have unilaterally ignored their own experts and instead listened to the WHO. Our response has not been that slow and on the economic front has been far quicker than most, even the USA. 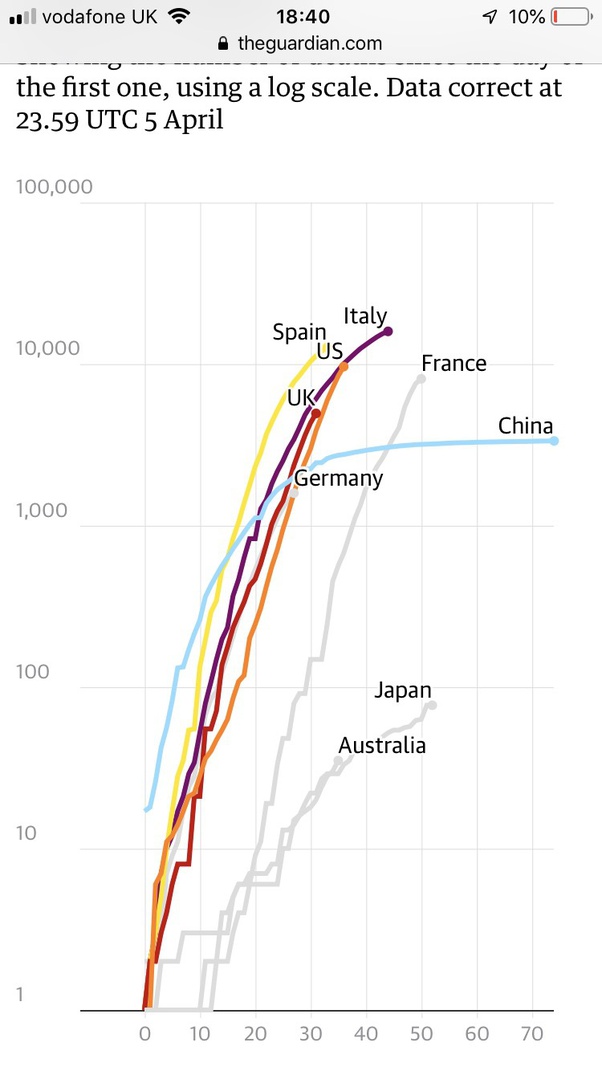 We’d of course like to see a lower death rate by comparison but i’m not sure how reliable the figures are. The UK is counting anyone who dies while having Covid as a Covid death. Other countries are using different methods so academically that makes the data unreliable for much more than a generalisation.

In conclusion the UKs response has not been that slow when the factors at play are considered and the benefit of hindsight eliminated. There are forces at play pushing a sick political agenda and these people should be challenged. Herd Immunity is not analogous to doing nothing. It is the only way to stop a virus without a vaccine. It is everyones long term goal to achieve that, thats not the same thing as letting it ravage the elderly. They can be protected at the same time which has always been the plan.