The Rights of Musataha is a vital tool for real estate development in the United Arab Emirates. RELATED CONTENT.

Believe it or not, this straightforward question is seriously hard to give a straightforward answer — and it’s entirely because of the way British land law operates and the messy way it handles land transactions.

The straight-up answer is that it’s lost to time.

To answer this without repeating the entire Land Law module of a law degree, I’ll have to boldly skip large parts of history and law where no man has dared to skip before. 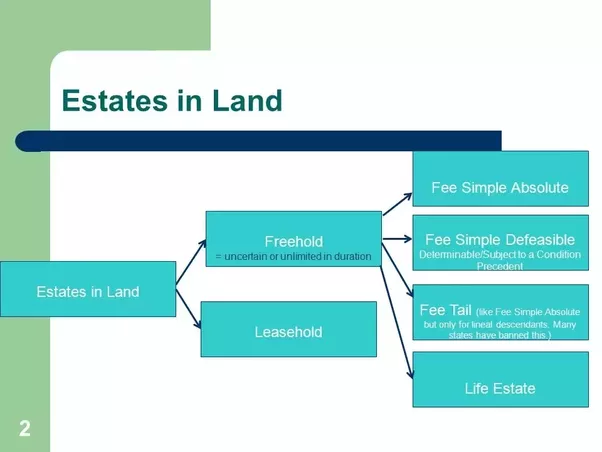 First of all, know that the freehold and the leasehold are “estates in land” — a feudal abstract idea of land ownership invented by the Normans in England that was quickly shoehorned into operable reality also during feudal times.

And that idea took the legal world by storm worldwide and for all time. It was, as they say, a game changer.

(via The ultimate census: The Doomsday Books)

After the Norman Conquest of 14 October 1066, the Doomsday Book (1086-89) recorded the first use of the term “freeholder.” The term “leasehold estates” then appeared for the first time a few decades later in the 12th century.

The only more comprehensive survey of British landholding than the Doomsday Book was the Returns of Owners of Land, 1873, Wales, Scotland, Ireland, and that’s much too late for our usefulness here.

Let’s start with the UK’s Land Registry first so that we can get a sense of the dimensions of why it’s hard to identify the first of anything in British land law. 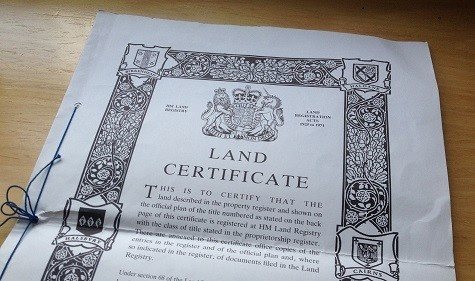 (via Privatising the UK Land Registry is not the answer)

The first difficulty is that the UK has several landholding and land registration systems in parallel operation. This was the case in the old days, and still the case today (though the number of systems are reduced since 1926). All of those systems exempts a large proportion of land transactions from registration, and that’s a real problem.

Despite the Land Registry’s universal-sounding and authoritative name, its bigger problem is it didn’t (and still doesn’t) require all land transactions to be registered. Its mandate is non-universal and therefore doesn’t cover many types of leaseholds (if any at all). So the Land Registry is really a bland and blind registry.

Quick answer:- So just going by the documentation, the concept of estate in land as well as the first freehold granted must have occurred sometime within the 23-year period from 1066 of the conquest to 1086-89 of the Doomsday Book.

Even though the formal start of the idea of “real property” in English law only came during Norman rule after 1066, many of the concepts and practices actually go all the way back to Roman times (possibly pre-Roman too).

The Normans invented the freehold (the legal kind we’re familiar with today), and Norman England was the place it first came into being.

The conquest resulted in all land in England, Wales and Scotland belonging to the Crown. Since it owned all land, the Crown quickly developed the concept of “estate in land” to denote the right to use and to control ‘real property‘ (like land) — and to grant this right to persons for a fixed duration (leasehold) or in perpetuity (freehold).

The estate in land was a brilliant way to have your cake and eat it — to maintain the supremacy of the monarch owning all land yet allowing people to realistically ‘own’ and inherit land as one of the building blocks of legacy, inheritance and social continuity.

(That also means there was or is no ‘true’ freehold in the UK, but that’s only a pedantic truth. In modern UK land law, there’s no practical legal difference in ownership of the land vs. ownership of an estate in land.)

Freeholds are normally registrable with the Land Registry, but it provides reliable legal documentation only from 1862/63. Otherwise, everyone must rely on the actual grant parchment (not always in existence) or ‘historical’ records (which can be crap). 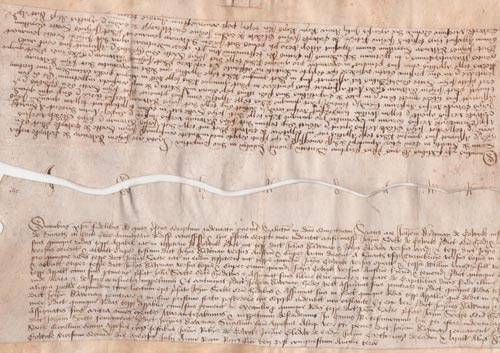 (via The Yorkshire Archaeological Society)

In many ways, identifying the first leasehold is harder and messier than for freeholds. The problem lies with the Land Registry again — its mandate isn’t universal and doesn’t cover many types of leaseholds (if any at all).

Quick answer:- The term “leasehold estates” first appeared in Doomsday Book supplements decades afterwards in the 12th century. Those instances didn’t state the leasehold terms either, so that’s a non-starter. Going just by the dates, the leasehold came into being anytime between 1066 and right up to 1199 of the supplements (or 133 years).

It’s factual enough, but it doesn’t throw any light on the reality.

The reality was freeholds and leaseholds were relatively uncommon in Britain between the 1066 conquest and the enactment of the Quia Emptores 1290 (18 Edw 1) (a.k.a. Statute of Westminster the Third 1290), which is popularly considered to have ended the feudal practice of subinfeudation.

If you’re a lawyer, you’ll know that isn’t strictly true (even in the pop history sense).

Update:- The Quia Emptores gets a lot of pop and history airtime (and rightly so), but the far more potent and longlasting form of feudalism was the below. It couldn’t be abolished unless and until the whole edifice of landholding and land law were overhauled (which indeed took place as a direct result of the radical social change following the First World War.)

Britain in fact had several feudal systems running in the background. Most people (including lords, vassal lords, etc) were under some form of copyhold tenure, a form of manorial land rights that evolved from the system of serfdom. Indeed, this condition of legal servitude operated over half the rural population of England throughout the 1400s and 1500s. Copyhold tenure was abolished only in 1926 by the Law of Property Act 1925 (15 Geo 5 c. 20), which modernised UK land law.

A big problem for first identification is lost or ambiguous terminology. The Doomsday Book was written in feudal legalese in highly abbreviated Latin (yes, feudal textspeak!). The leasehold thing might have already appeared in the main book and the supplements used a more ‘updated‘ term.

For instance, the Doomsday Book recorded my old London home (between Golders Green, Cricklewood and Hendon districts) as Willesden in the county of Middlesex (then) — woodland, no lord, 25 villagers (as the ‘lord’ of record), 5 smallholders, 500 pigs, taxable at 15 geld, and value to lord at £12 in 1066 but £6.3s by 1086. The “smallholders” could actually have meant leaseholders, but who knows? No lord, but the “overlord” was the office of the Bishop of St Paul London. Who knows? The smallholders may have been leaseholders from the ‘lord’ (the 25 villagers) or the bishop. 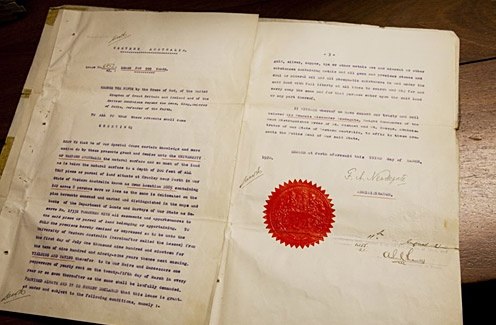 The first 999-year leasehold is even messier to identify than the regular leaseholds.

The 999-year leasehold is effectively a permanent lease. We can conveniently treat it as a hybrid of the freehold and the ‘regular’ leasehold. It is only found in the UK and its possessions (overseas territories, ex-colonies, and the Commonwealth).

The prime thing to realise is the 999-year leasehold is always granted under historical common law practices. The grant therefore isn’t inside the statutory land laws yet not quite outside either. That means using the Land Registry is barking up the wrong tree.

Since the 999 leasehold is a thing in common law, it means recordkeeping is mainly in the hands of the local authorities or parishes. Let’s just say not all of them are professional in their attitudes to recordkeeping.

In any case, a lot of those common-law leasehold records involving or stored in the Home Counties surrounding London were lost forever to Luftwaffe bombing runs.

The two reliable enough earliest 999-year leaseholds in the entire British sphere of influence that I know of since my law-school days are:- 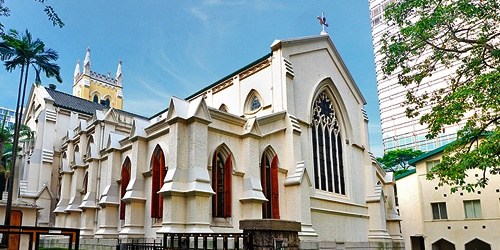 For St. John’s Cathedral to establish the Anglican church in Hong Kong. Original lease grant was from 1847 to 2846. Granted by the Hong Kong government to the church trustees sometime prior to 1847 (actual year unrecorded).

But that probably doesn’t count in my book because St John’s Cathedral quickly became freehold and statutorised in the form of fee simple absolute under section 6(1) of the Church of England Trust Ordinance (Cap. 1014) (originally enacted 18 Jan. 1930, as amended). 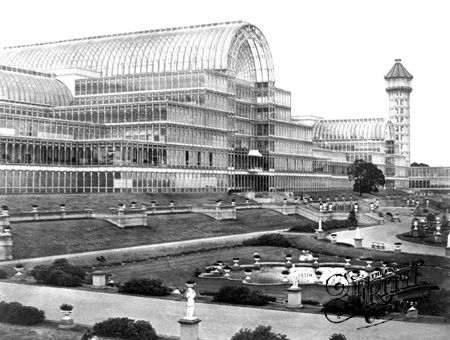 For The Crystal Palace to finance the cost of building the venue. Lease term 1851 to 2850. Leased by English architect and politician Joseph Paxton to seat holders for £100 per seat. 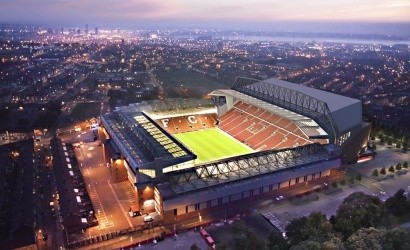 The latest (thanks to the Internet):-

Interestingly, the latest 999-year leasehold in the UK was in 2005. This was for Anfield, a football stadium in Liverpool, England. Term 2006 to 3005. Leased by the Liverpool City Council to Liverpool Football Club.