That finding is within today’s monthly Bank of Ireland Economic Pulse. Real estate adviser Savills, meanwhile, warned that supply shortages would worsen as …

How will the new coronavirus affect China’s economy? 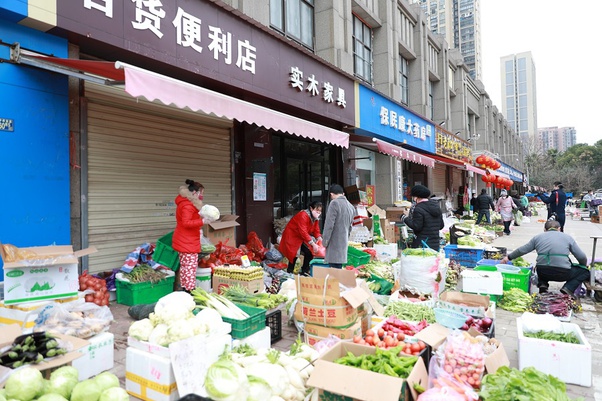 There’s no denying the coronavirus is having an impact on China’s economy and that in turn will affect the global economy at large. The epidemic has particularly impacted small private companies. The first group of companies that can not withstand the cash flow pressure have begun to fall.

I live in Beijing and recently I read news reporting some companies are on the edge of collapse. On the evening of February 6, Li Chao, founder of “Xiong Di Lian Education (Brothers Education),” a well-known IT training institution, issued a statement, saying: because of the impact of the outbreak, the institution’s Beijing Campus would stop enrolling students and dismiss all the employees.” The institution was founded in 2007 and grew into an influential hypertext preprocessor (PHP) training institution in several years.

In the statement, Li wrote: The coronavirus outbreak greatly impacted the offline training institutions. As colleges and universities postpone the start of the spring semester and the offline training operations suspended, the company shoulders huge pressure. It has limited capital reserves and has been in a loss-making state. Before the Chinese Spring Festival, the company reduced costs and delayed paying salaries to employees. They planned to reverse the tide by enlarging enrollment in the busy training season after Chinese Lunar New Year. However, the epidemic outbreak disturbed the plan.

King of Karaoke, a renowned KTV in Beijing, followed suit. It announced on February 7 that “it would terminate the labor contracts with its 200 employees. If 30 percent of the employees disagree with the plan, the company will conduct bankruptcy liquidation.”

Small companies are struggling to survive and some collapse.

How about the overseas environment?

On January 30, the World Health Organization (WHO) declared the coronavirus outbreak a global emergency, as cases spread to at least 18 countries. Since then, many countries have or expected to impose bans on travelers coming from China and it’s almost as difficult for outsiders to enter China too. It is a threat to Chinese tourism industry.

How about the urban operations?

In Beijing, all non-essential retail shops, restaurants, public places, factories, warehouses, and many other places have been ordered to close until further notice. For all Chinese cities, except for Wuhan, metro bus lines, subways and other forms of public transportation are running as normal but only carrying a few passengers even during normal rush hour.

The answer is both “yes” and “no.” Since January 23, people nationwide have been asked to stay at home to reduce the chance of getting infected. We follow instructions, except for going to the supermarket to buy daily necessities, such as vegetables, meat and rice. Many companies arrange remote working.

From January 24 to February 11, I have been to the supermarket three times to buy daily necessities. On January 24, the first day after the Wuhan lockdown, there was a panic in the supermarket. People were rushing to buy the vegetables which were in short supply and and the prices were much higher than normal. But, when I went to the supermarket on February 3 and February 10, I found it different. All returned to normal. The vegetables, milk, food and others are in plentiful supply with reasonable prices. People have good selections to buy and the panics are waning.

As a resident in Beijing, what I saw in supermarket assured me. The coronavirus outbreak is exerting negative influence on Chinese economy, but the production links, logistic links and supply chains are all running. The impact of the novel coronavirus epidemic on China’s economy would be temporary and will not change the fundamentals of the country’s long-term economic growth.