RJing The Status Quo5G and Cloud: Will it usher in the next big thing in personal computing? 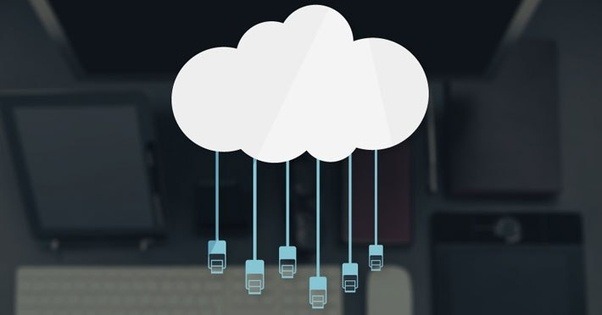 I’ve made few predictions in the past, so it won’t be my first.

First was Hybrid Tablet/PC. The idea of a hybrid tablet struck me when I saw Motorola Flip for the first time but soon I realized that it won’t be the ideal design. It took a Microsoft Surface Book to get it right (at least close enough to what I had envisioned). My concept was that of two processors, one in the tablet and the other in keyboard. The reason being, a less powerful processor is enough for the usual tasks done in a tablet and it also saves battery and a more powerful processor in the keyboard to do processor intensive tasks, for which we require a keyboard. And fusing both the processors to make the device more power powerful; that is, if it’s even possible, more like Apple’s Fusion Drive.

Second, any platform business that is used on a daily basis by the users has the ability to disrupt several players. Heard of WeChat? Facebook could have done the same, but for some reason they are hesitant or slow. But that’s the direction in which Facebook is moving, with the introduction of money transfer, a marketplace for selling products and more recently, the ability to post jobs.

Third, any platform business should know that its biggest moat is its network effect i.e. by bringing more consumers into its ecosystem. Why hasn’t Apple realized that? What Apple is doing wrong, and now Google!

Fourth is keyboard. I guess, everyone remembers the legendary iPhone Keynote 2007. “The problem is really in the bottom 40% – keyboards that are there whether you need them or not. They have control buttons that are fixed in plastic. Every app wants a different button. You can’t add new buttons.” And the same solution needs to be introduced in the laptop. Lenovo Yoga Book and the new Macbook Pro are just the start.

Now to the point.

Cloud computing ushered in a new era for businesses, especially for startups. The cost of starting a startup has drastically come down since. And the death of enterprise computing companies is all but certain i.e. IBM, HP, Dell, Oracle and Cisco etc. unless it’s willing to cannibalize its current business.

The best way to think about The Cloud is this: It’s the way that the giants of the Internet—aka Amazon, Google, and Facebook—build their businesses.

So, Amazon and Google and Facebook built a new breed of hardware and software that would scale quite nicely. They built their own servers, their own storage gear, their own networking gear, their own databases and other software for juggling information across all this hardware. They streamlined their hardware to make it less expensive, and in some cases, they sped it up, moving from hard disks to flash drives. They built databases that juggled data using the memory subsystems of dozens, hundreds, or even thousands of machines—subsystems that can operate even faster than flash. Dell. EMC. HP. Cisco. These Tech Giants Are the Walking Dead

With increase in internet speed and reduction in cost of internet usage, the next segment to get disrupted by Cloud would be consumer market. Gadgets with high computing power may be a thing of past, the only thing you would require is input devices like monitor and VR headset etc. and the ability to connect to the internet. For those who are not aware of it, it’s called Zero Client. What is a Zero Client?

So in theory, anyone should be able to use an Oculus Rift or play a high end game without ever worrying about hardware specs and the hardware getting outdated. And the first ones to feel the heat will be (non-mobile device) players like Sony PlayStation and Microsoft Xbox because game developers can directly reach the customers and makers of Desktop PCs – which is already in a downslide – etc. Sony tried to do something similar with PlayStation Now. PlayStation Now to be discontinued on PS3 and many more devices

There are already thin client computers for the consumer market i.e. Chromebook. It’s 2016, and Chrome OS is Ascendant But what I’m thinking is that Zero Client devices (not just laptops) will be the future, though we may not be there yet.