A technology that harnesses augmented reality will enable the U.S. Air Force to train in the air for initial pilot qualification, dogfighting, refueling and

In  next 5-10 years, the face of technology will be completely different  from what it appears today.  Everything will be turned into its smarter  versions and in another time frame of 5-10 years, these smarter systems  will get turned into their smartest version.

Now  let me tackle them one by one to justify my point to some extent. So I  am starting with a device that you may be holding right now. Yeah the  Smartphone .

Smarter Phone –The smartphones that we use  today, in a time frame of 5 to 10 years, will get converted into a  smarter phone. It will be loaded with more amazing features like  Augmented Reality (AR), Artificial intelligence (AI) , better batteries  (made up of Graphene), will be loaded with emotionally intelligent  phonebooks, smarter apps, and with a flexible structure that can be  rolled like a paper. Therefore, we can say that the smartphone will be  converted into an intelligent gadget.

Think of a situation where  your class teacher will be taking attendance and sending notes and marks  on your smartphone by using an AR app. You will be inside kind of a  smarter class room.   (Samsung: Using Augmented Reality to Provide A Smart Classroom). 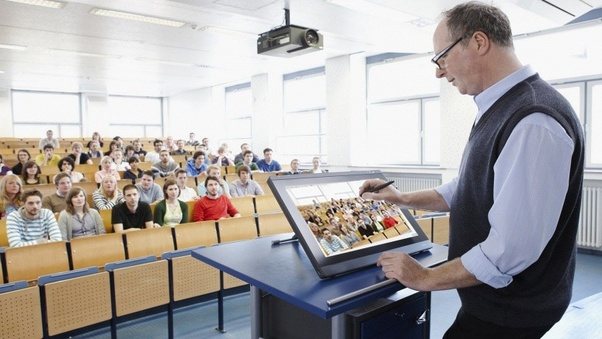 Let  say you are in a new city and you have to go to an address for the  first time. No need to worry you will be having an AR app in your device  and it will help you and that too by merely clicking a picture of your  surroundings. 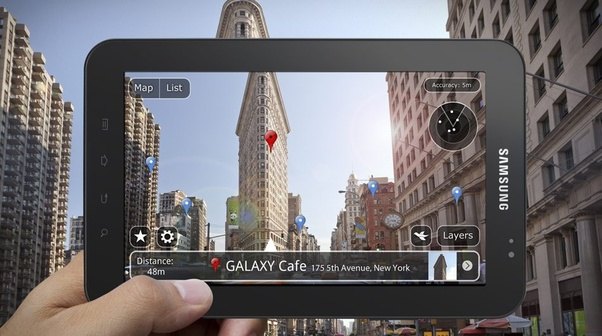 Let me give you a bird eye view.
You  will set your destination, will capture an image where you are  currently standing, and will process that image. The AR app will detect  your location and a 3D view of your surrounding will get superimposed on  your device screen. The heading of your smartphone camera will be  identified also and according to your destination, an arrow will appear  on the device screen. Easy Navigation 🙂  Check out the source of this  app by Samsung from here (Augmented Reality in Samsung – Just Capture An Image to Reach Anywhere  )

This  much wonderful an AR app can be.  I am making this statement based on  the patent applications I studied that are filed by Samsung, Apple are  other tech giants on Augmented Reality.

Apart from that there are  going to be Apps that will be saving you from running out of batteries.  One such app is proposed by Google (Google – Battery Saving Android App that Never Let Your Phone Die).

Graphene,  which is a form of carbon, could change the way our devices look, feel,  perform and even interact with our bodies. It can completely replace  the lithium ion batteries that we currently use. Manufacturing of thin, flexible batterieswill be facilitate by Graphene that could enable wearable computing also.
Northwestern  University researchers built a battery made of graphene and silicon,  which supposedly lasted over a week on a single charge and only took 15  minutes to juice up. If graphene goes mainstream, you could possibly  leave your smartphone charger home when traveling
Graphene battery tech: charge your smartphone in 20 seconds
Graphene Could Kill Lithium-Ion Batteries

There  will be Apps that will be recommending food for you and helping you to  stay fit and follow your daily diet goals. You will be using a flexible  smartphone that can be bent, rolled and folded like a paper.
The  phonebook of your smartphone will be storing the emotional information  of the callers that will be updating the contacts. One such phonebook  has already been proposed by Samsung electronics. (Innovative Phonebook by Samsung that Detects Emotions) Thus you will be carrying an emotionally intelligent device in your pocket.

Not only this, due to the IoT (Internet of Things) your smartphone will be communicating with your AC, refrigerator,  washing machine, car and the like. You will be in shopping mall and your  refrigerator will come to know about it though the GPS location of your  smartphone and will be sending you a reminder that you have to purchase  butter for tomorrow’s breakfast.

You will be connecting your  smartphone with your AC and will link it with the alarm clock of smart  phone. And whenever you will stop the alarm ring, the AC will be turned  off. Is this sounding like Sci-Fi? Check this link and the also the  reference of patent application that is mentioned there. LG: The Multifunctional Android Alarm Clock App

Apart  from this your smartphone will be doing health monitoring and will be  taking data from the wearable devices like bands, earphones and sending  that to the medical server for further examination by your doctor.
As  I was saying earlier multiple technologies (AR, AI, and IoT etc.) will  be converging to convert a smart-phone into a smarter-phone.

2. Driverless and Eco Friendly Cars
There  will be driverless cars that will be carrying computers under their  hoods that will be utilizing artificial intelligence to make decisions  on road.  The driverless car project of Google is well known to all of  us. The car can identify, track and predict the movements of  pedestrians, bicycles, other vehicles, or objects like road signs in the  roadway. It can read road signs, can diagnose itself, can pick and drop  you from anywhere you desire and can do many other cool things. How Driverless Car Predicts Expected Movement of Objects on Road? 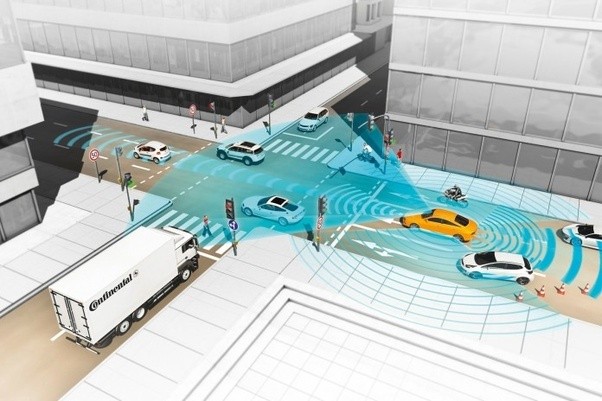 While Google is making driverless cars, Tesla on the other hand is marching toward a future of eco friendly electric  cars. Even Tesla is also working on driverless car technology.

At  present, the S model of Tesla costs you around US $70,000. However,  soon this price will be reduced to around $35,000.  To cut the price and  reduce the production cost Tesla Motors recently closed its deal to  acquire the 980-acre site in an industrial park outside Reno where it  has already begun pouring concrete for a giant lithium-ion battery  factory. The gigafactory is intended to produce 500,000 battery packs a  year. 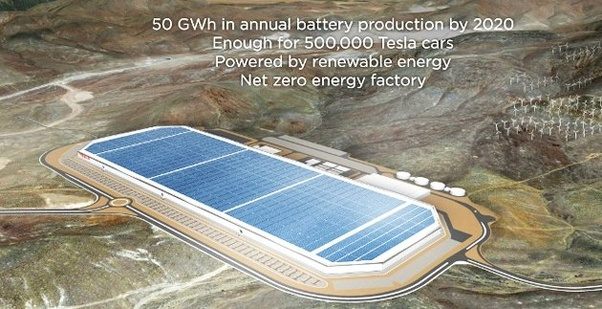 Please follow these links to know more about Tesla and its Gigafactory. Tesla Timeline | Forums | Tesla Motors
Tesla closes on free Nevada land for gigafactory
I may not be wrong to call these cars as smart cars and these two projects as next big thing.

3. Smarter Energy Generators and Transport System
On top of everything, I am an avid fan of Elon Musk and hence after Tesla again I am going to mention about Hyperloop that is put forward by Elon Musk.

Hyperloop  is a high-speed transportation system.Basically, the system would work  like those old pneumatic tubes that were used to move messages using air  pressure in banks, newspaper offices and other buildings in the  mid-20th century. “The Hyperloop design uses a combination of low air  pressure and magnetic acceleration to get people from LA to SF in just  about 30 minutes,” The 400-plus-mile trip would take less than an hour,  compared to more than six hours of driving.

and  this analogy by Singularity hub will let you grasp the idea more clearly (Elon Musk’s Hyperloop Will Revolutionize Transportation, But That’s Only The Beginning Of The Change It’ll Bring)

This  is a kind of transportation technology that allows Angelinos to commute  to job in Vegas or San Francisco or wherever it ends up, is going to  make neighbors of literally distant strangers. Suddenly, people who live  in different cities will eat lunch in the same restaurants. They’ll  share cabs (arguably robo-driven cabs, but cabs none-the-less). They may  go to the same gym. In this way, the Hyperloop will radically extend  our interpersonal networks in ways we can’t image and, by extension,  reshape the way we do business.

I know you are a curious soul and want to read more about it. Here I am saving your fingers from typing again .
Hyperloop
These Dreamers Are Actually Making Progress Building Elon’s Hyperloop | WIRED
Why the Hyperloop isn’t wishful thinking
So after the transportation let me move ahead to the smarter energy generators. Have a look at this – 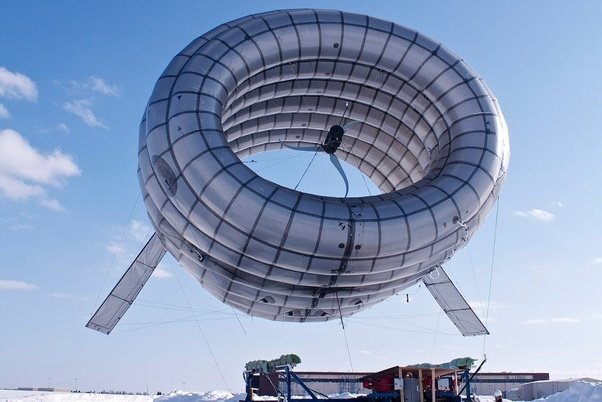 This is an airborne windmill.  The concept of airborne wind turbines is close to becoming reality.  Altaeros has already built the world’s highest turbine that can generate  twice the energy output of its ground-based counterpart. Besides  generating power, these floating power plants can provide data coverage,  cell service and local weather data and can be deployed in harsh  weather conditions.

The benefits of this windmill are pin pointed by CNN also in one of their posts (Meet the BAT, an airborne wind turbine – CNN.com) It goes like –

It’s  a dramatic idea that could change the course of countless lives around  the planet. Suddenly, with airborne wind turbines, isolated communities  in South American jungles or Alaskan islands could have easier, cheaper  access to technology that most take for granted.

4. The Smart Payment System – Crypto Currency
In  future, I believe Bitcoin is going to be very popular among peoples  around the globe. Its decentralized DIGITAL currency that is fast, cheap  and secure to use.  Your bank charges you for international transfers  and when you use your credit/debit card to purchase things. However,  Bitcoin doesn’t. Moreover, there is no need to give your real name as  each bitcoin transaction is recorded in a public log, names of buyers  and sellers are never revealed – only their wallet IDs.
However, there are some darksides of using Bitcoins. One among them is quoted by CNN (What is Bitcoin? – CNNMoney)

While  that keeps bitcoin users’ transactions private, it also lets them buy  or sell anything without easily tracing it back to them. That’s why it  has become the currency of choice for people online buying drugs or  other illicit activities.

I would like you to explore this link to know more about Bitcoins – What is bitcoin? – CoinDesk 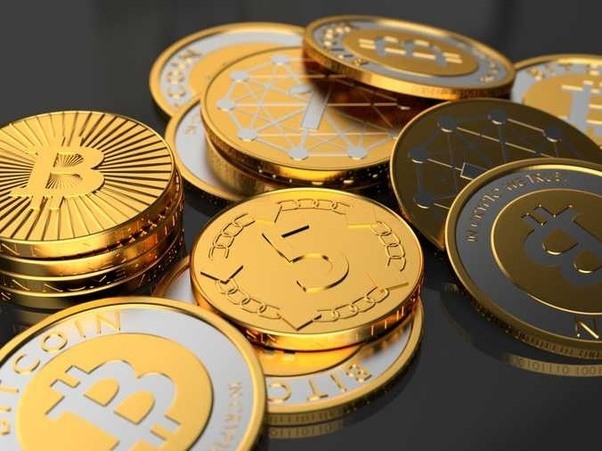 5.  Smarter Communication
Earlier  we had telephones where we could only communicate through voice calls,  then came the era of text messages and MMS and later of the video  calls.  In past two or three decades, you can easily decipher the  changes that have come and are still coming in the way we communicate.
Now coming the era of Telepresence that will take communication to the next level. Telepresence is capable  of providing you a kind of experience where you can’t distinguish  between a real life image and the one that created by this technology,  its experience would be equivalent to meeting in person. 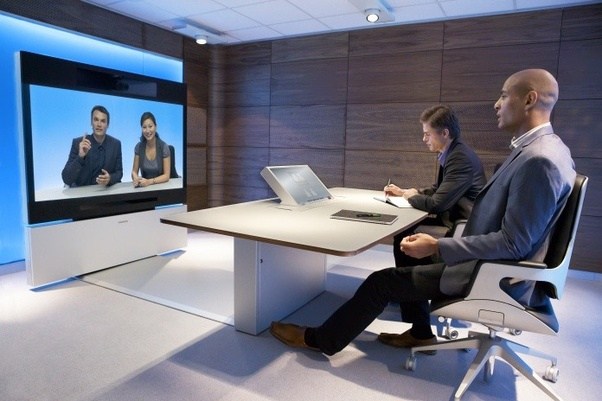 Have a look at this device also This Ingenious Augmented Reality Mirror will Take Telepresence to A New Level
It  could be so close to actually being there in person.  It is already  prevalent, however only big corporate companies and organizations are  utilizing such technologies as these are expensive. But we can expect it  to become cheap when common person will be able to use it.

Congratulations you just have read a short article of 1680 words. Have a great day.