What were the biggest developments in renewable energy in 2018? 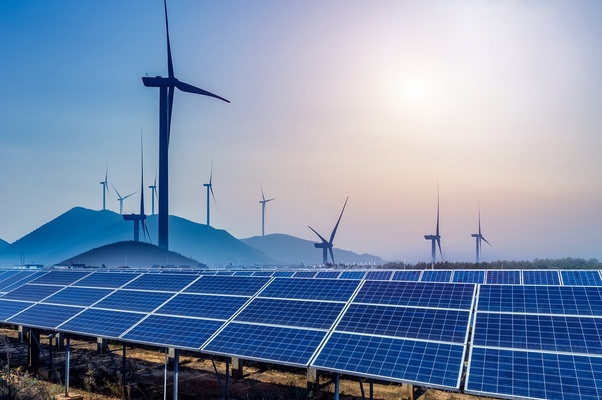 Renewable energy has made an impact.

This is due in part to younger generations, like Gen Z and Millennials, who reached an age in 2018 where their purchasing power has shifted corporate behavior. Prominent among these shifts is an increase in ride-sharing and public transit over car ownership, and an elevated political awareness of climate change.

We can be grateful here that younger generations have a tendency to break away from their parents’ viewpoints. Expectations around success long-held by prior generations — like car ownership, reliance on fossil fuels, or skepticism of scientific discoveries — have ceded to an inclination to form conscious habits.

To mark our collective growth, here’s a review of the strides we made in the energy sector last year.

1. Renewable energy is the new norm

First of all, young people are looking elsewhere for energy. And no, this didn’t just happen overnight.

If you think about how cultural change happens, it’s usually by planting a seed with the next generation. For example, a teacher in a school may have told you when you were young, “hey, nature is important and valuable,” and so you believed that. Or you had somebody explain to you that you can actually get electricity from solar and wind.

That most likely became a core tenet to your beliefs as an adult. Hence we are seeing a generational shift in support for cleanly distributed energy.

It’s noteworthy to mention that the solar industry has put panels on over 7,000 schools across the country. That means every day there are students in various states and cities who are familiar with seeing solar panels as a part of their normal life.

When SunEdison first started, the solar industry was tiny — less than a few thousand people in total. Over time, we joined political initiatives, raised money, passed legislation — we got stuff done.

We worked on initiatives to improve representation for women and people of color in the industry and finally started problem-solving around how to make solar accessible for all types of people, regardless of income.

And as we increased access to solar, the industry grew.

As we got bigger and bigger, we’ve taken on greater responsibilities as a movement.

In 2018, solar surpassed wind as the most deployed electricity infrastructure, attracting $150 billion in revenue and almost 3,100,000 employees globally.

Transportation is the second largest expense in a typical American budget. This is why younger generations are postponing car purchases. Moreover, we even see them trying to move to places where they might never need to own a car.

This gives cities an opportunity to rethink how they use the space originally reserved for parking. New, young professionals moving to cities and deciding not to drive frees up space that is currently not generating significant revenue for the city.

There’s an average of four parking spaces per person in most urban areas — which can add up to quite a bit of real estate. More than that, by opting out of the expectation of owning a car, people can save close to $8,500 a year.

That’s $8,500 a year that can go back into the local economy via other means — leisure activities, paying down debt, investing in the stock market, etc.

4. New opportunities for the labor economy emerged in renewable energy

With manufacturing and transportation processes becoming more and more automated — in some cases meaning they’re cleaner and less wasteful — people are finding they have to shift their skill sets for employment.

This might sound overwhelming. However, building infrastructure and decarbonizing our energy system has been the largest job growth area since the 2008 financial crisis.

To adapt successfully into an era of automation people must be given the training and the skills to work in fields that require human power. For example, there are already almost a million people in the USA working in clean energy.

We have to re-allocate resources that make education and on-the-job training considerably more accessible than it is now. This way, people who like physical work won’t be left in the lurch — and maybe find work they feel is rewarding.

5. Power is shifting in renewable energy

Notably, shifts in control come from people in power seeing the benefits and positivity behind the clean energy movement.

The income we pay them is powerful.

Traditionally, the people who were closest to people in power were lawyers, accountants, and investment bankers. Now those folks are working on behalf of clean energy, which is huge going into 2019.

The one thing we need going forward, however, is more aggressive legislation.

Legislation played a critical role in making progress this year, and we’ll need it to continue at an even more accelerated rate next year for that to continue.

Whether it’s the water district, hog farmer, local compost facility, or public transit agency — anything that looks and feels like infrastructure needs to be compelled to buy the latest technology instead of 20th century approaches. There’s no way around it.

For instance, look at LED light bulbs. They’re so much more cost-effective than incandescents. But that’s not why people switched. People switched because in 2007 George W. Bush banned them (which was phased in around 2010).

If you want to make a change in infrastructure to promote renewable energy resources, you can really only do it by pushing a bill or a law. The vast majority of energy efficiency in the world today has come from mandates. These mandates may be appliance standards from the energy star program or building codes for your new home. Additionally, even automobiles are regulated to get better gas mileage using existing technology that has been sitting on the shelf.

You don’t get to customize that part. You have to have an energy efficient house.

I’ve been working in renewable energy since 1999 — over two millennia.

In the last twenty years, we went from an enthusiast’s hobby to becoming the most dominant force for change in the energy industry — surpassing even fracking.

Everyone said it couldn’t be done, but yet here we are, looking into a bright, sustainable future.

This piece was originally featured in Crunchbase.