Participants wore a HMD while performing various tasks in either virtual or augmented reality. In the virtual reality task, participants were placed in a simulation of

How does Augmented Reality Work? 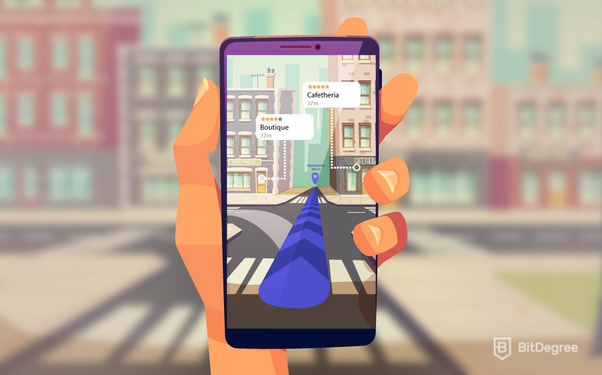 The proper definition of augmented reality would be – a view of a physical real-world environment with superimposed computer-generated images that change the perception of reality. But when did this idea begin? 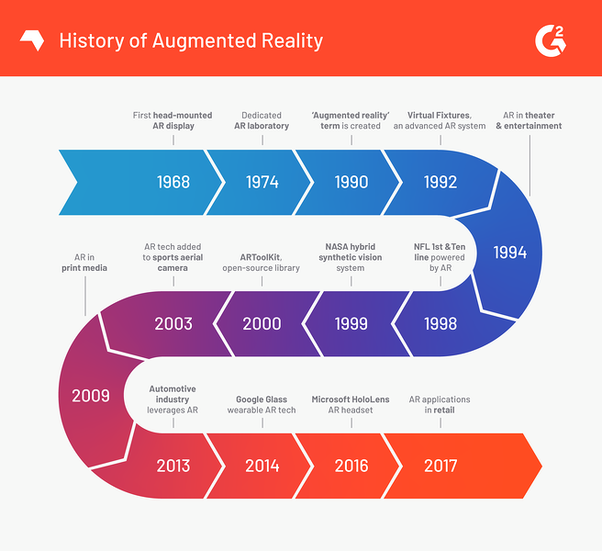 While the main term of what is augmented reality formed back in 1990, its history goes beyond that. One of the very first creations of AR was built in the 1960s. It was a quite primitive device called “The Sword of Damocles” that offered nothing more than poor graphics and an inconvenient headset. A decade later, an artificial reality library was created, when a visionary scientist imagined how people will start to interact with digital devices. This vision of Myron Krueger was later on used for video cameras, displaying silhouettes on screens, and projectors.

Although it is hard to believe how advanced scientists were in 1980, Steve Mann created the “EyeTap”, which was made to be worn as portable computer glasses in front of the eyes. The goal behind this technology was to add effects to what the wearer sees via head movement. In 1987, a couple of scientists improved this device and created a heads-up display (HUD), that could display astronomical data while looking at the real sky.

Coming into the 1990s, the term of what is augmented reality was invented. One of the very first mentions of it was in television commercials, military, navigation systems, and Boeing company researchers’ notes.

Coming into the 21st century, augmented reality only proceeded to get even more modern. In the early 2000s, the AR tool kit was developed by a Japanese scientist and later on Trimble Navigation presented an outdoor helmet-mounted AR system. In the upcoming years, AR apps accelerated, even more, when the “Google Glass” was launched and the world was introduced to the application that blew away the gaming industry – Pokemon GO.

How Does Augmented Reality Work? 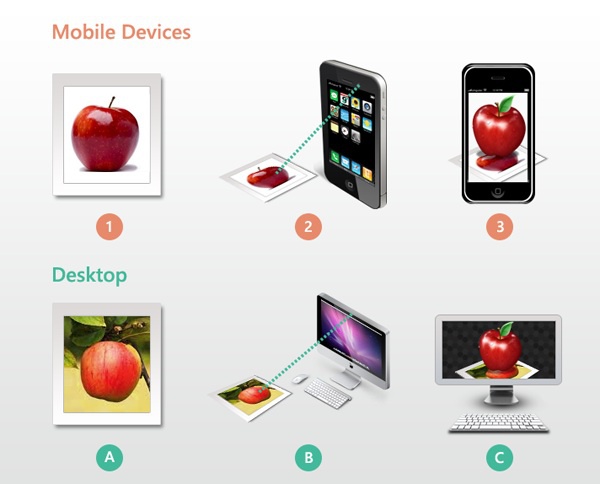 Augmented reality is the process of blending interactive digital elements with real-world environment details. Pokemon GO can be a perfect example of how AR works. You walk around with your smartphone and the device captures surroundings and enhances it with a lot of visuals, icons, characters, and other miscellaneous elements. On the other hand, smartphones are not the only devices that can be used to understand what is augmented reality. Simultaneous localization and mapping, depth tracking and other components can be found in such technologies as glasses, handheld devices, head-mounted displays or screens.

Some of the most important components of augmented reality are:

The Different Types of AR 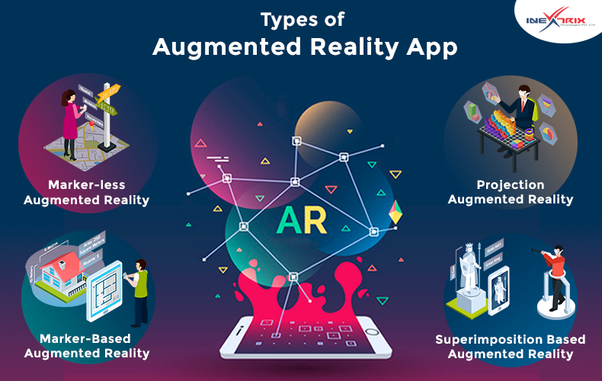 These technological elements are the only things that add-up into what is augmented reality term. The process of it is a complex of different technologies, and it can work through different approaches.

Nowadays it would be quite hard to find devices that do not support the technology of AR. While smartphones are the most popular devices for this niche, tablets, handheld devices and gadgets like Google Glass are only the beginning of what is an augmented reality about to evolve into shortly. What are the current devices that are capable of handling augmented reality and what are their categories?

The technology behind augmented reality is still currently in development and adds a step forward every day. Many technology experts predict that AR will only be increasing in popularity because of its efficiency in making daily people’s or worker’s tasks easier. Augmented reality is becoming a thing that will be able to solve almost every issue and be applied in most, if not all, of the industries around the world.

AR apps in gaming have already shown a small part of the potential of what is augmented reality technology capable of. It is only a matter of time until the true potential of these appliances will be unveiled in education, medicine, art, tourism, and all remaining industries.

How to develop AR experience

If you have any ideas for Augmented Reality and need someone to estimate it please contact me. It’s free.