More than 355,000 updated 2020 real estate assessments are available online and are being mailed to all property owners. Based on equalization changes

What do you think about India’s 2020 budget?

This budget was particularly unique in recent past due to the dismal economic backdrop in which it was presented. Growth had slumped to a 11 year low in the current financial year and is projected to be 5% by the RBI for FY 2020. In the current scenario, the government was expected to deliver an impetus-oriented budget to ensure that the positive sentiment translates into economic momentum, supporting PM’s vision to India becoming a US$ 5 trillion economy. As the economy was at the slowdown in these past 2-3 quarters, the government needed to step up its own expenditure. To analyse this budget the context of the economic scenario needs to be looked into for a holistic assessment:-

The relevance & importance of this Budget for the Government was emphasized by the fact that this was the longest budget speech ever given by any FM & when it ended both FM Sitharaman & the stock markets literally went down. From the market’s perspective, neither the Long-Term Capital Gains Tax nor the Securities Transaction Tax were tinkered, only DDT abolished which was not sufficient. Any change in either of these two taxes could have boosted the inflows into stock market. FM stated that this budget was aimed to boosting incomes and enhancing purchasing power, stressing that the economy’s fundamentals were strong and inflation was well contained.

Despite considerable focus of the speech on infrastructure, rural development, health and education, in terms of fund allocation and concrete near-term measures, there have not been many big changes. Especially two critical sectors – Real estate & Automobile were left high & dry, maybe they can look forward with some hope in the next GST council meeting. Another reason for excluding these sectors could be the belief of the government that millennials & Gen Z have a different thought process & purchase pattern-(Remember the Ola/Uber statement by FM). Last few months has seen so much negativity that perhaps most people were having a misplaced faith that Budget would be a panacea for most of it. To be fair, the budget is too weak an instrument to revive the economy, and radical changes are needed from both Government & Industry across several sectors to improve productivity and competitiveness.

However, if the government really wants to deliver on the promise to make India a $5-trillion economy, and double farmer income by 2022, then it will take much more effort. In normal circumstances this budget would have been appreciated but in dire times like these it does fall short of expectations- Ordinary Budget for Extraordinary times. 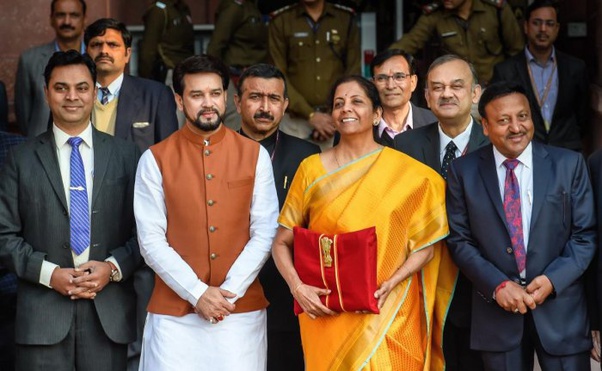