What is the worst case scenario for Britain after Brexit?

After several troubled years of a contracting British economy, capital and industrial flight and an increasing reliance on Russian and Middle Eastern expatriates and shady money investment to keep London’s economy afloat, it becomes clear to even the most hardened Brexiters by 2025 that Brexit was poorly implemented. Attempts to revisit Brexit fail in face of onerous European terms for rejoining the EU, including a requirement for immediate adoption of the euro and a high “EU-Return” price tag. Unlike the looser EU that prevailed while the UK remained in Brussels, the post-UK EU demands far more surrender of sovereignty than did the European Union before Britain left. In Britain and internationally, Brexit consequences include:

Under the circumstances it’s no surprise that first Jeremy Corbyn, then the Corbynite Labour Party face little resistance implementing what the Washington Post in 2030 describes as “the most radical economic and political agenda in the developed world.” Domestically Labour seeks to revive nationalized industries like coal and heavy manufacturing; internationally Labour recognizes Palestine, cuts diplomatic ties with Israel (exacerbating its relationship with the U.S. , followed by the collapse of the UK’s trade agreement with Washington. Washington ends “Five Eyes.”). With the U.S. and the EU now distant, the UK seeks closer political accommodation with non-EU potential “partner nations” including Russia, Turkey under Berat Albayrak, and Norway.

In his dotage, Lord Corbyn pens a memoir saluting his Labour successor after wryly admitting his debt to the Tories for Labour’s long winning streak. The neo-marxist life peer clarifies that “Tory mismanagement in the second decade of the twenty-first century finally put Britain on a path to national sovereignty, a fiercely progressive stance in world affairs, and an egalitarian economic agenda that we can be proud of..”

Not all is rosy in Little Britain, however. In Wales an independence movement gathers steam as the Welsh grow increasingly frustrated with Little Britain’s “England vs. Northern Irish Unionist zero sum game, played at the cost of the legitimate aspirations of Wales!” There is even talk of an independent Cardiff seeking EU membership.. 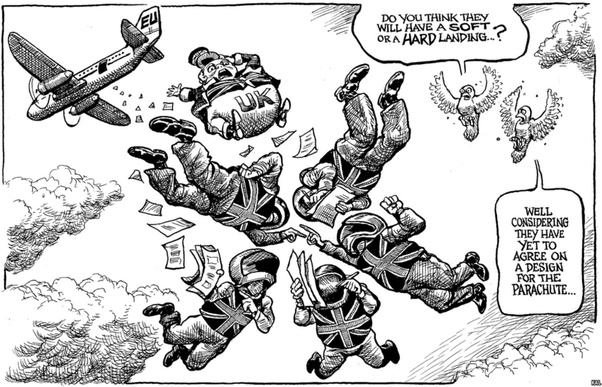