“I’m impressed by the variety of projects – especially the VR studio for Match Of Match Of The Day into an industry-leading virtual-reality studio environment.

What was it like to be a ‘Ten pound pom’?

Even though I was an immigrant, I never paid the 10 quid. Both my parents were Ten pound poms, but my 6 year-old brother and 5 year-old me enjoyed free passage from England when we became assisted immigrants to Australia in 1956.
As the ad in the question states, adults paid 10 pounds and children came for free.
Our voyage on the SS Arcadia coincided with the tail end of the Suez Crisis, so instead of heading into the Mediterranean and traversing the Suez Canal, we were diverted around West Africa and made landfall at Durban, South Africa, before heading up East Africa to dock at Aden, in Yemen.

Our boat was carrying Australia’s Rugby team, the Kangaroos, and those men, many away from their families for up to half a year, made a great fuss of all the little boys and girls. 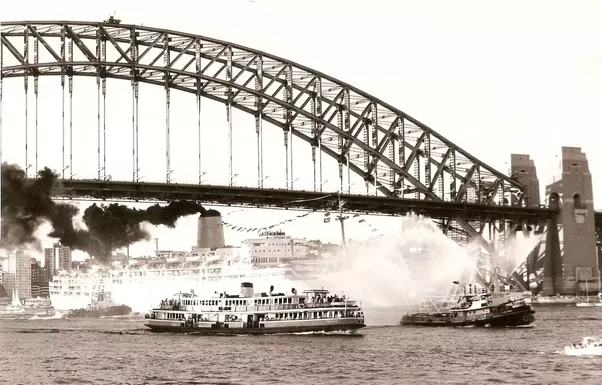 After almost 7 weeks at sea, we arrived in Sydney and were bussed 70 miles down the south coast to the Berkeley Migrant Hostel, a camp of recycled Nissen Huts just outside New South Wales’ third biggest city, Wollongong. 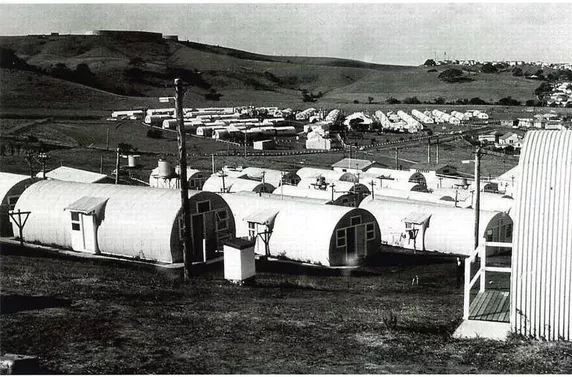 Wollongong was a steeltown and my Dad soon found work as a tally clerk, then a crane-chaser and eventually a crane-driver at the John Lysaghts Rolling Mill where they turned out massive coils of sheet steel for car bodies, corrugated iron and other steel products. 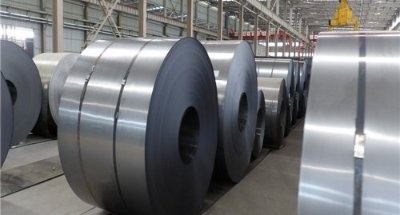 The migrant hostel was a blast for young kids. The Recreation Hall had one of the first TV sets in town (Australian TV started in 1956, we didn’t get colour TV until 1975) and there was always someone to play with. Food was plentiful, the school was just a walk away and the majority of pupils were from the migrant hostel.

The hostel housed Brits, Dutch, Germans, Poles and a large influx of Hungarians after the 1956 Uprising. There was some friction with the Australians, they called us “Pommy” and other European migrants were all lumped together as “Wogs.” My Dad later told me that he faced worse at work where the old anti-immigrant rant “taking our jobs” was trotted out yet again. 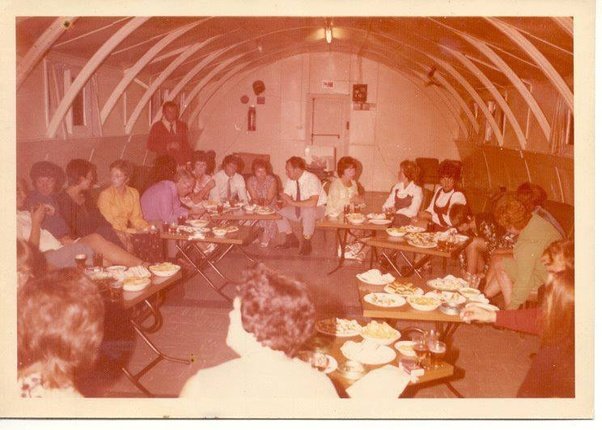 We’d come from the depressed north of England with its post-war lack of prospects. Dad drove a bus and there wasn’t much future for them in gloomy post-war Britain. By comparison, Australia was a paradise with beautiful weather, fantastic beaches and all the overtime a worker could ever want. For the first time in our lives we had an abundance of meat and all the fruit and bread we could eat. 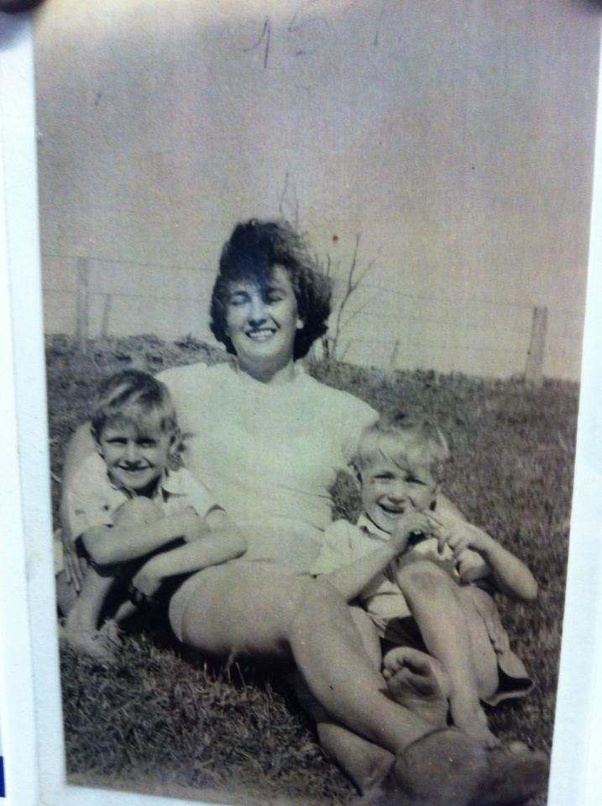 Brother, Mother and me (R), soon after arriving in Australia in Feb 1957. Taken on a camera my Dad bought, duty-free in Aden, spending 35 pounds and leaving us with 15 quid to land with.

We finally left the migrant hostel after a 3 year stay when Dad and Mum, working as a typist at another steel mill, had saved enough money for a block of land, then a deposit on a home in a coastal village 8 miles to the south. 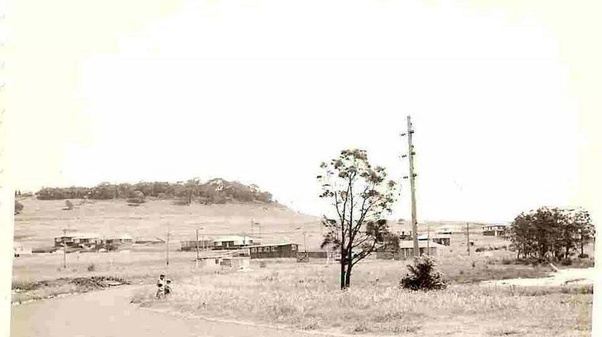 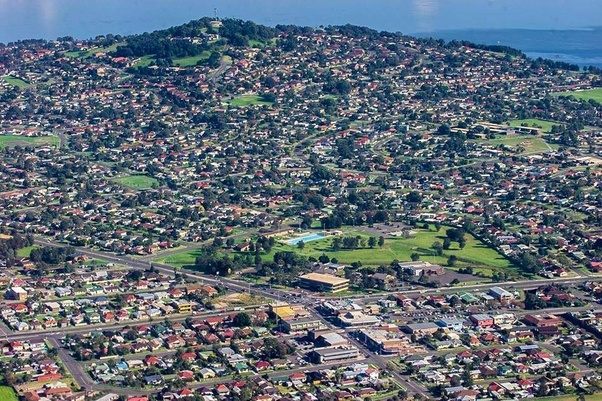 As an 8-year-old starting in a new school, the first thing I noticed was that there were far more Australians than migrants and that’s when I dropped the last of my English accent and began to speak like the mostly Australian boys around me. While my parents still retain vestiges of their accents, my brother and I would never be mistaken for anything other than Australians. 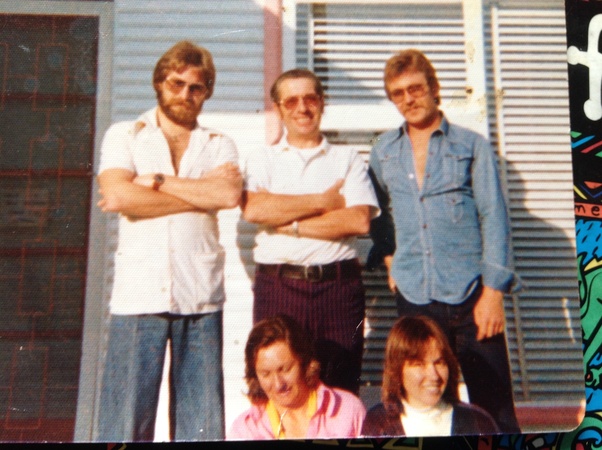 My mother and father, now in their late 80’s, are still the core of our clan of almost 40 Australian-born Waltons. After a 1980’s trip to the UK to see the old hometown and our Brit relatives, I literally got on my knees to thank Dad and Mum for having the courage and the vision to emigrate. 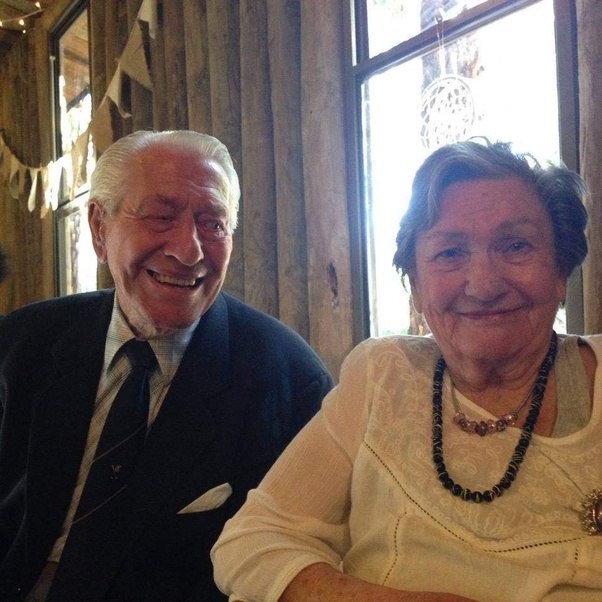 So what was it like to be a ten pound Pom?
It was the best thing that ever happened to our family and hundreds of thousands of others who emigrated to Australia.