This question was first asked in August 2013, almost three years ago – more time for bubbles to grow. We haven’t yet had positive confirmation of a bubble bursting.

I was knee deep in the commercial mortgage backed securities industry in 2007 and there were a number of indicators that something was amiss:

There are some behaviours in at least two markets that would indicate bubbles building.

Some people have been attempting to predict which “unicorn” startups will die. In June 2015, Andreesen Horowitz published a presentation arguing there is no bubble (in my opinion, that is reminiscent of management saying there will not be any layoffs after a merger). Although venture capital funds raised record amounts at the start of 2016 (WSJ paywall), startup investment in leading US cities is slowing. This could be interpreted as a sign of VCs stocking up their war chests and preparing for slower paced capital deployment. In February 2016, Fidelity Investments marked down the valuations of a number of its private investments in technology companies.

There has been a rapid flight of capital from China into businesses in North America. It is also pouring into real estate, causing property prices to no longer make any sense relative to traditional analysis of fundamentals. 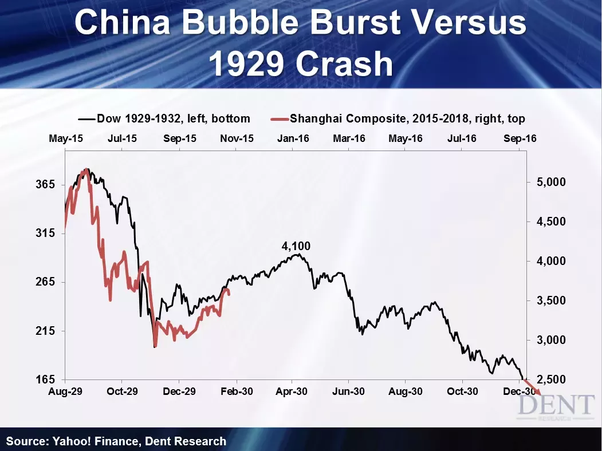 Prices of residential real estate in San Francisco and Vancouver, cities on the west coast of North America that are easily accessible from China, have sky-rocketed. In Vancouver, prices have decoupled from average earnings and rents. (Detached residential real estate in Vancouver, and I’m sure in other markets as well, is now a store of value, making it very difficult for the average person to buy a detached, single family home. But this answer isn’t commentary on the Vancouver real estate market. Instead I mention unrealistic real estate prices as an indicator of a potential bubble in the Chinese economy).

There are likely other bubbles building, such as consumer credit and country level economic growth, but the above two have the most obvious indicators in my opinion and are happening right on my doorstep.