Local Law 97 is part of a push for a 40 percent reduction in citywide emissions by 2030 and 80 percent by 2050 (Illustration by Kevin Rebong for The Real Deal).

What made Mike Bloomberg one of the worst mayors in history?

As usual on Quora, “before you ask why, you need to ask if”.

By no conceivable stretch of anyone’s fevered imagination could Michael Bloomberg be considered one of the worst mayors of New York, let alone “history”. In fact, there are many, many people who might rank him as the second best in the city’s history (following the iconic Fiorello LaGuardia.) He was so highly respected during his term in office that the voters in NYC took the unprecedented step of voting to overturn New York City’s term limit law solely so that he could run for—and win—a unique third term as Mayor. 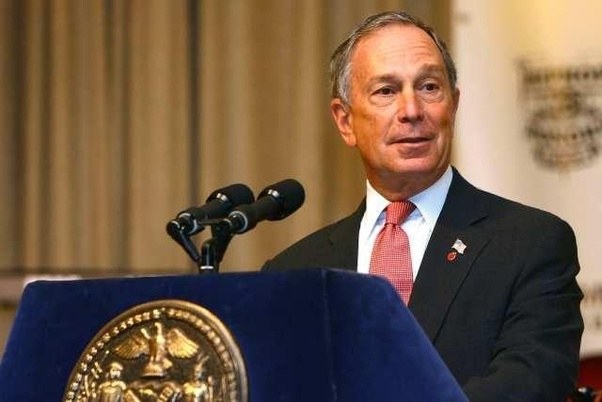 For a definitive, objective, even-handed, assessment of his effect on New York City, the best summary is probably that of the New York Times editorial board looking back on his twelve years in office:

When he walked into the mayor’s office 12 years ago, businessman and billionaire Michael Bloomberg took charge of a damaged city. The World Trade Center was a windblown construction site, barely cleared after the attacks on Sept. 11. Tourists were afraid to come to the city; residents were afraid to stay. The budget was a disaster, $3 billion to $5 billion in the red. In a modest speech at an intentionally modest inauguration, Mr. Bloomberg nevertheless pledged to rebuild and renew New York and to keep it “the capital of the free world.”

As he leaves office this week, Mr. Bloomberg has, in many ways, fulfilled that promise. New York is once again a thriving, appealing city where, Mr. Bloomberg boasts, more people are moving in than out. More than 54 million tourists, the most ever, crowded the streets in 2013. The crime rate is down, the transportation system is more efficient, the environment is cleaner. He leaves a $2.4 billion budget surplus, which could give the next mayor, Bill de Blasio, some flexibility in his negotiations with the unions.

Yet as Mr. de Blasio’s election showed, opportunity and prosperity have been unevenly distributed. The homeless population has grown, and for a great many others, the paychecks have been too small, the rents too high. And in perhaps his worst mistake — authorizing a police practice found unconstitutional by a federal court — Mr. Bloomberg and Police Commissioner Raymond Kelly humiliated and alienated black and Hispanic communities by having stop-and-frisk turn into a generalized method of harassing law-abiding citizens.

On the plus side, one of his underappreciated accomplishments was to make public service a valued vocation for a new group of urban experts. Despite the occasional mistake, he hired mostly top-notch professionals without political pedigrees, and challenged them to try new ideas.

With their help, he recaptured mayoral control of the schools, and with it full responsibility for their performance. He rezoned almost half the city, hoping to turn (and in some cases actually turning) industrial deserts into sites for skyscrapers or residential housing — among them Hunter’s Point South, with thousands of new affordable units, in Queens; the Hudson Yards on Manhattan’s West Side (plus a new subway extension to get people there); and the Greenpoint-Williamsburg complex in Brooklyn.

He created a healthier city, where smokers are now taboo in many public and private spaces, where calorie counts are publicized and where trans fats are forbidden. He opened 800 acres of outdoor space, much of it along the city’s shorelines, expanded bike lanes to cover more than 600 miles and added a fleet of Citi bikes for tourists and commuters. He fought to reduce greenhouse gases, approved a balanced plan to dispose of the city’s enormous waste stream, and, after initially rejecting recycling as too costly, became a strong advocate of it. Using private funds, including his own, he helped create new parks like the High Line and the new greenway on Governors Island. After Hurricane Sandy, he began updating building codes and created a long-range plan to help defend the city against future storms.

The mayor’s team helped him in less dramatic but still useful ways. There’s a new green apple taxi fleet for the outer boroughs and broad pedestrian-friendly plazas on Times Square. He made it possible for a splendid new high-tech university campus to be built on Roosevelt Island. He established the 311 telephone number to help people with routine problems like malfunctioning traffic lights, noise complaints and questions about trash pickup on snowy days.

A master of numbers, Mr. Bloomberg displayed few political skills. His unscripted comments, especially about the poor, can range from thoughtless to heartless.

Mr. Bloomberg insists that crime has declined in part because of stop-and-frisk, but crime has also declined in other cities that did not make it a practice to stop law-abiding people. Between 2004 and 2012, the police made an estimated 4.4 million stops seeking illegal weapons. Half of all people stopped were frisked, but only 1.5 percent of frisks found weapons, and only 12 percent of all stops resulted in any type of summons or arrest. In August, a federal district judge ruled that this indiscriminate use of stop-and-frisk was unconstitutional. Mr. de Blasio has said he will not go forward with an appeal of that ruling.

Mr. Bloomberg’s efforts to modernize the city payroll became a scandal. By the end of the investigation, eight people were convicted of cheating the city out of millions of dollars. And his donations to political parties to gain favor and ballot lines were an embarrassment, though not illegal.

The increase in the homeless population on his watch was not entirely his doing; both Albany and Washington pulled the plug on necessary programs. But Mr. Bloomberg aggravated matters by canceling a sound public housing strategy, thus sending more people to the streets and to homeless shelters. And while he can hardly be faulted for encouraging greater investment, many New Yorkers — not least Mr. de Blasio — felt that he unduly favored the banking and real estate interests and did not do nearly enough to help the working poor and those at the bottom.

Over all, however, New York is in better shape than when he became mayor. As Citizen Bloomberg moves on to private life, and takes on various causes like gun control, immigration reform, climate change and healthier cities, we can only wish him well.

A version of this editorial appears in print on December 29, 2013, on Page SR18 of the New York edition with the headline: 12 Years of Mayor Bloomberg.