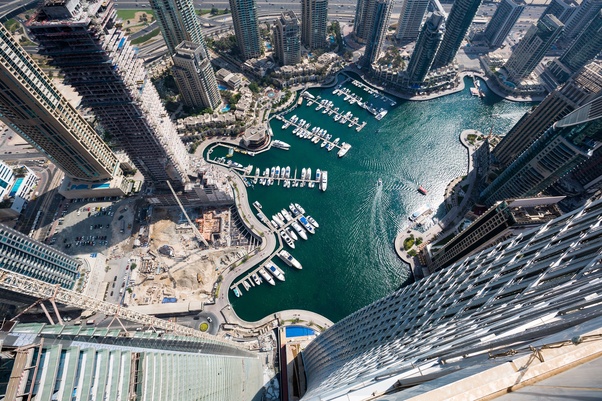 Two exciting things happened in UAE this week. One, the United Arab Emirates has announced its plans to fortify foreign ownership of firms in UAE and two, to extend residency rights of expats.

The UAE government said its ownership reforms would allow foreigners to hold 100 per cent of businesses in “most sectors” without the need for a local partner. Although details are yet to be revealed, these sectors may include retail, services, manufacturing industry and hospitality. Currently, foreign investors can only own 49 per cent of Emirati businesses, except in special economic zones for which market access can be more difficult and government fees higher.

The cabinet also agreed to introduce visas for 10 years vs. the current two years for investors and professionals in areas such as science, medicine and engineering, as well as for their families. Students, who currently need to reapply for residence every year, will also be able to apply for five-year visas.

What does this mean to the country?

Economic growth in the non-oil sector had slowed down in Q1 after the government implemented VAT in January, data pointing to declining output growth throughout the quarter. Although tourism sector performed particularly well in Dubai, momentum in construction in the city slowed in Q1. This unexpected slowdown in construction is rather worrisome as huge investments have gone in for infrastructure advancement, ahead of the 2020 World Expo.

A more lenient fiscal policy and visibly huge monies in infrastructure, should propel growth in the non-oil economy this year by supporting private investment momentum. The new investment law of allowing 100% ownership of businesses to foreign nationals by the end of year should augment foreign direct investment inflows. This, along with stabilizing oil prices and tourism, is poised to help private consumption spring back from the insinuations of VAT. Also, following the recent rise in oil prices, there is a sense that the worst is behind the UAE’s economy and confidence is gradually returning.

What will favor non-oil sectors in UAE, especially Real Estate?

The UAE enjoys extremely healthy financial buffers estimated at $800 billion (Dh2.6 trillion), safe-haven status, excellent infrastructure, and a relatively diversified business-friendly economy, which will help the country cope with lower oil prices. Investor confidence in businesses and owning real estate is certain to boost up with the announcement of foreign control of business and extended visas for expats.

The new 10-year visa system announced on Sunday is going to hugely benefit the UAE’s property market according to investors and developers. With the news breaking out, trading of property stocks rose on Monday, with Dubai’s Emaar Properties and Damac Properties up 2.9 per cent and 4.8 per cent respectively. Abu Dhabi’s Aldar ended the day flat after rising 1.4 per cent in early trading.

The new visa system could provide a welcome boost to the Dubai and Abu Dhabi property markets, which have been hit by falling rents and sales prices over the last two years. Prices are expected to improve and sustain in 2020 at the earliest as more and more foreign investors will be lured by the continuous demand in the lease market and expats will prefer to buy a home rather than renting.

What prompted the government to come up with these important changes?

The changes come weeks after Sheikh Mohammed met senior businessmen to brainstorm ideas to support growth in Dubai, the oil-rich region’s services and tourism hub. The changes which would allow foreign control of businesses in many sectors and provide longer visas for expatriates were approved on Sunday by the UAE’s Cabinet, headed by Dubai’s ruler Sheikh Mohammed bin Rashid al-Maktoum. They are expected to come into effect by the end of the year.

What is the impact of such a reform on other middle-east countries?

Other countries in the region are also carrying out reforms to boost flagging growth and diversify their economies — including Saudi Arabia, which has opened up its retail sector to overseas investors. Investing in a home in Qatar is also a lot easier due to its liberalized rules for real estate.

The government of UAE has come up with two important changes that will significantly impact their non-oil economy, especially tourism and real estate industries. With so much investment gone ahead of Expo 2020, it is imperative that UAE takes giant strides to boost the factors that improve the economy in a long run. The announcement of longer visa and foreign control on key sectors of non-oil business is vital to augment the fiscal health of the country to create more jobs, invite more investments in both, business and real estate and sustain economic growth for years to come.