MARGAO: After more than 6 years of Goa’s Mining Ban, the lack of free flow of cash in the Real estate market has taken its toll on the construction companies in

Can Norway sustain the state spending if the oil revenue drops?

Money does not grow on trees. Only a magician can pull money out of a hat. Alchemists have tried, but so far none of them has managed to turn granite into gold.

Thanks for asking, User-12224381061701126043, and thanks, Shane Murray, for supplying the numbers in your excellent answer. I share your pessimism when it comes to Norway’s future “after the oil”.

NORWAY – ON THE ROAD TO RUIN (or something like that)

These are Shane’s essential numbers:

“Norway will require 35 to 70 companies each generating 10 billion Norwegian Kroner in export revenues in order to replace oil export income.”

However, Norway is suffering under the normalcy bias. The numbers should bring, if not panic, then at least some sense of urgency to the Norwegian psyche, but Norway is in serious denial.

“WE HAVE LOTS OF MONEY”

GDP is rising 2 %, unemployment is dropping, what could possibly go wrong?

Most Norwegians are not aware of the fact that the entire Norwegian oil fund (“Oljefondet”) aka Government Pension Fund of Norway is just, as Shane points out… Well, it’s actually rather puny – if you look at it in a historial perspective.

The sum is vast, sure. Over 1T USD in assets, including 1.3% of global stocks and shares. It’s worth 192,307 USD per Norwegian citizen. It also holds portfolios of real estate and fixed-income investments.

But the value is no more than a “mere” 8 488B NOK or six Norwegian annual state budgets, or maybe 30 years of government spending at the present level: The 2018 government budget (statsbudjettet) of 1.3T NOK was balanced with appr. 25% oil revenue or some 250B NOK. Every seventh NOK spent in the huge Norwegian public sector is funded by oil revenue.

Norway is overspending. The government budget is balanced by oil money, at 20-30%, with a trade deficit looming in the background. Not to mention the fact that oil prices are likely to drop even further, as China and the US are going for energy self-sufficiency.

The US, once the guzzler of Arab oil, has started exporting energy. China is fast becoming one of the front-runners when it comes to sustainables and renewables, so is India. Arab contries like the UAE and Saudi-Arabia are building a solar energy export industry.

The Norwegian government budget has been based on the assumption that there would be an unchanging demand for oil “for many decades”. It was taken for granted that the demand for oil would be more or less constant as the world developed, perhaps even the global consumption would increase? The developing world would simply consume more and more and even more oil. Indeed, the dramatic drop in oil prices came no doubt as quite a shock for many Norwegian politicians.

The politicians had forgotten to include the fact that renewables and more efficient energy solutions are gradually chipping market shares off oil. Solar is on the rise, so is Generation II & IV nuclear power, more and more transport turns electric/hybrid etc.

Volvo will only produce electrical and hybrid cars from 2019, and France will ban the sales of petroleum and diesel cars from 2040.

The future of oil looks bleak. 30 years may seem like a long time, but for replacing the present enormous Norwegian oil revenue, it’s unfortunately not all that much.

After two decades of rich oil revenues, in only 10 years the Norwegian trade surplus has been reduced by 2/3. Assuming that the present development continues, Norway may have a trade deficit in 2–4 years, despite the oil revenue. Should the price of crude oil drop even further, it may happen in 1–2 years.

Norwegian politicians are not very hip on technology. The government’s IT policies has been riddled by scandals and failures. (NAV, health sector, law enforcement, libraries, Directorate of Roads). The track record of the collective Norwegian authorities’ ability to predict where technology is headed, is not very impressive.

As Shane correctly states, Norway is still in its mind in the 2nd stage of the industrial revolution. Norway’s start-up merits are abysmal, something I have previously written about: Morten Jørgensen’s answer to What are best startups/companies in energy or environment protection sector in Norway?

Even if sea food exports were to double, to 189B, there would still be a need for an additional 170B NOK in export revenue to compensate for the present petroleum export.

“HVA SKAL VI LEVE AV ETTER OLJEN?”
(“From what shall we make a living after the oil?”)

In order to stimulate new start-ups and innovation, the Norwegian auithorities have established Innovasjon Norge (IN). Its purpose is to fund starts-ups (“gründere”) and provide risk capital.

The following sectors are the priorities of IN:

Again, the numbers don’t lie: Total risk capital investments through IN:
1,5B NOK (loans) plus 500M (through the EIF): 2B NOK. That’s roughly what the Norwegian Opera House in Oslo cost.

This is innovation – the Norwegian way. Small steps, and small amounts for everybody. Then Norway sits back and hopes for the best.

Aren’t there any (big) money to be made through innovation in the above-mentioned sectors? Sure there is. There are two sectors which show great promise:

But although Norway already is a frontline subsea nation, it took – as Shane correctly ascertains – a decade before profits were made from oil, and 5–6 decades before real oil revenue started pouring in.

As both these potential gold mines are far, far away from production, there is little hope of any substantial revenue this side of 2050. Not only that, but the lack of Norwegian risk capital will most likely lead to Norway (once again) having to depend on foreign capital and companies in order to make money. The highly profitable government-owned Norwegian oil company Statoil only came to its present form as late as 2007, 35 years ofter the US oil company Philips Petroleum started drilling for oil in 1971.

If Norway was Sweden, then Sweden would probably already be funding a lucrative subsea biochemical industry. Risk capital would be made available, the government would go all in… Not so in Norway.

From 2003 to 2017, the Norwegian government employed no less than 50 000 new (mainly, but not solely) bureaucrats. In addition to the 170 000 public employees in the central government, there are 525 000 employees in the regional and local public sectors. The health sector is organized through so-called Heath Companies (Helseforetak), which are owned by the government/regions, but labeled as private sector. Employees: 135 000.

The public sector in Norway is huge. Problem is, these +1M people have to be paid for. The current government budget is not sustainable “after oil”.

So what can Norway do?

Now, of course it makes sense to simply pull back the overspending. That would mean reducing the number of public employees which Norway imagined it would be able to fund all the way into eternity.

One government administrator costs the taxpayers roughly 1M NOK (+580 000 NOK/year salary + office, expenses, computers, taxes). if 50 000 government and 50 000 regional/local aministrative staff were dismissed, it would surely help. That’s roughly a reduction in spending of 100B NOK of the annual government budget.

However, it won’t happen. In a country where half the workforce is employed in the public sector, and where the trade unions of the public sector are extremely powerful, no Norwegian political party will ever face their electorate on a platform of terminating jobs. It will only be a last resort, and it can only happen at a time when the unions will grit their teeth, but still see themselves forced to accept a reduction in the public work force “to save the economy”.

Instead, it will be “business as usual” aka Norwegian standard political patterns.

The political left will go for increased taxes and demand that the “rich must pay”. So, let’s try it, see if that is the solution? We need some 300B NOK to compensate for the “lost” oil revenue.

There are 250 00-300 000 private stock-based companies in Norway. The tax code is complicated, so for the sake of simplicity, let’s just include the two main taxes: the company tax of 24% and the <14 % payroll tax (arbeidsgiveravgift, percentage depending on the company’s location).

If we then increase the company tax with 6 %, we can add 10B NOK to our budget, and if we increase the payroll tax by yet another 6%, we’ll have another 20B NOK.

So, by “taxing the rich” – and mind you, these sums are not exactly small change – we can, all in all, add some 100B NOK to our budget.

Problem is, even this heavy-handed rise in taxation of corporations and “the rich”, is a mere 25 % of what Norway will – at some point – 10, 20, 50 years? – lose in oil revenue. And taxing Norwegian companies heavily will surely lead to reduced GDP growth and even less innovation.

The left will protest, the people will be angry, and so the political-ideological struggle will begin. By the time the crisis has become acute, it will be too late.

Sure, Norway may invent a universal cure for cancer, patent it and make billions. Maybe there is a platinum ore off the coast somewhere worth trillions? Maybe the oil price will rise after all, for some reason or another, like a war in the Middle East?

By all means, Norway may be lucky and, of course, optimism is commendable. But I don’t believe in luck when it comes to economy and finance.

The downfall may even become quite ugly. The first signs may be lay-offs and bankrupcies in the blossoming Norwegian restaurant- and bar industry? Or a dramatic drop in housing prices?

I’m not happy to say it, but I find it most likely that Norway is on the road to ruin or at least some serious austerity. A drop of 20 % in living standard, corresponding to the overspending, maybe? Rising health care deductables? Rising prices for mortgages, for electricity and water (vannavgift), rising prices for kindergarten and post-school? Rising gas prices? A weakened NOK? Higher prices for imported goods (cars, TVs, household appliances, computers; Norway has virtually no hardware manufacturing industry anymore; and we dress in imported foreign clothes)? Less private spending? Lay-offs for shop assistants? Inflation? Unemployment? Who knows?

I’m no economist, but the numbers I am actually able to digest, don’t look too good. And, most likely, the 10–20% of the Norwegian population who are poor or low-income, will be the ones who will suffer the most from any austerity.

Norway is also, just like the rest of the Western world, losing jobs to automation and robotics. Shops are being automated, AI wil replace machine operators; transport, construction, manufacturing, almost all industries will lose jobs to tech innovation, and it’s happening fast.

Neither the left nor the right will be able to save the day. They have both been in on it. The present (right-wing) government as well as the three previous (Solberg I, Stoltenberg I & II [left-wing]) have all been overspending with great enthusiasm, dizzy from all that lovely oil revenue. And they all waited far too long before they realized that the oil era is at the beginning of its end. From now on, it will be a race against time.

But eventually, the chickens will come home to roost. A sudden sustainable energy production explosion or some kind of renewable energy innovation may even turn Norway into Greece v2.0. 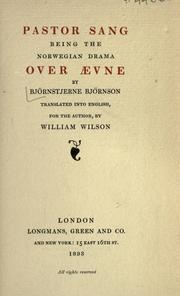