Real estate players welcomed the tax benefits and exemptions announced in the Interim Budget which are likely to boost the realty demand, more so in the 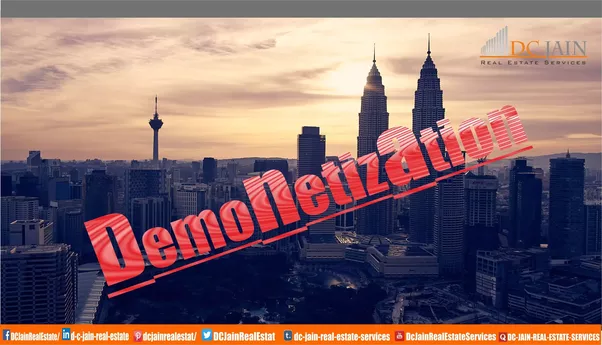 Amit Wadhwani, Director, Sai Estate consultants said, “A sudden ban on the existing high currency notes quake the real estate sector and Indian economy which was obvious after the third quarter of the financial year 2016-17. Economists forecasted the growth rate of the real estate sector to slow down more than ever as a result. The industry was expected to face losses of up to Rs. 1 billion during the year, but the demand has been surprisingly steady due to many factors like reduction in home loan interests due to demonetization, improved stock market performance and FDI, Slow purchases due to contraction in cash, slowdown in construction work. Affordable housing segment has benefited most from the demonetization drive. Purchase of new property fell by up to 40% in major cities, while new project announcements fell by 11% immediately after demonetization. The Indian real estate sector attracted all time high foreign investment of US $ 5.7 billion in 2016. Also the performance of real estate players on the stock market (BSE) improved by 50% during 2016-17. Metros such as Delhi, Mumbai and Chennai were the worst affected after demonetization.

Current scenario of launched and absorption of India’s real estate sector: As discussed, demonetization impacted the real estate sector negatively only in the short run. During the first quarter of FY 2017-18, demand picked up again, resulting in reduction of unsold inventories (Tandon, 2015). This is exhibited in the table below.

Discussing the impact of demonetisation NAREDCO which is a prominent organisation of real estate developers in the country has expressed optimism about the sector in the near future. Talking about the one year of demonetisation and its impact on the real estate sector Mr. Niranjan Hiranadani, President, NAREDCO says “Past one year has been as been an eventful year for real estate sector. It has been like a roller coaster ride. There were ups and downs but fortunately things are stabilized as of now. Past one year not only witnessed demonetisation but also other big reformation policy developments like Real Estate Regulation Act or RERA as well as implementation of big tax reform like GST. Demonetisation has led to greater efficiencies and transparency in the real estate sector and we welcome this. Just like their impact on honest taxpayers, these developments have helped the sector as well.”

The government’s vision of “Housing for All by 2022” has also helped the real estate sector in overcoming any possible adverse impact of demonetisation. Particularly, affordable housing sector has immensely benefited. With special incentives coupled with overall softening of interest rates this segment is a ray of hope for the sector.

Mr. Ashok Mohanani, CMD Ekta World said, “The reason of the entire exercise was to clean up the system, and try and rid the parallel economy. After stagnating sales temporarily, the next 2 quarters of the year saw some upward movement on the back of many positive factors. These include growth in the economy, discounts and attractive deals by developers, and schemes such as AMRUT, Smart Cities, and ‘Housing for All by 2022’. Reduction in the home loan rates to the prevailing 8.35%, industry status to affordable housing.

Most of the prominent real estate markets saw a gradual decline in the unsold inventories that had been choking up liquidity. To liquidate their holdings and guarantee financial stability, developers became open to negotiating more and offering attractive deals.

Overall, demonetization had scarce impact on credible developers and did bring a level field for all, furthermore, with the coming of RERA, consumer benefits have peaked and fence sitters are seen making their home buying decisions.”

Mr Aniket Haware, MD Haware Builders said,” Most of India’s business environment has been massively shaken up by last year demonetization of the higher currency notes by the Modi government. It is still too early to correctly gauge the depth of the shakeup this has caused, but its impact on the real estate sector is evident. Since Modi’s surprise announcement, the waves have been spreading through the already disturbed and unorganised sector, which has been facing unbearably slow growth in recent times. Affordable segment had no effect of demonetization as the target buyers are salaried and mainly dependent on loan provided by financial institutions. So there was no concern of cash component for affordable segment. The damage has happened is due to negative sentiments and homebuyers had a doubt of market getting crashed. It was all about negative perception. This is the main reason for slow down but after 6 months’ market picked up again. After Implementation of RERA, Sentiments are positive and sales are getting better for affordable segment as we being the leader in affordable segment in MMR are experiencing the same.”

“This year has been rife with changes for real estate sector, starting with demonetization moving onto to RERA and eventually GST. Early industry predictions underlined the eminent slow down as a result of said fluctuations. The sector had to take a step back in order to understand, align and action in accordance. Although demonetization had an intense almost immediate effect amongst the supply side, demand has been steady, gradually picking up in the past months. Furthermore, the demand for office and retail spaces has remained strong. Both segments have witnessed stable and rising rentals across cities. Although the residential section did see setbacks initially, they have begun to bounce back. Most developers have found it in their best interest to focus on existing inventory. PE Inflows have been the boost required to uplift the sector. Newer announcements during and post the course of the budget, like exemption of Dividend Distribution Tax on special-purpose vehicles have opened ways for REIT sector in India thereby anchoring professional real estate management. Lastly, the infrastructure status for affordable housing has provided the necessary tax relief to developers alongside other incentives. Taking all these into account, we are predicting a promising phase for Indian real estate in the coming months.”

‘’The last one year has been transformative for the real estate sector with the introduction of RERA, the GST and the Government’s demonetisation initiative. The sector is moving towards being a transparent and tightly controlled industry. Last year’s demonetisation drive had an impact on secondary market residential transactions and land deals, but had limited impact on primary market transactions made via bank loans. According to a recent CBRE report, demonetisation had no impact on the office sector where the demand continues to remain strong and as consistent with other markets globally, the logistics sector continued to grow steadily. It has been anticipated that the trust deficit that exists with the consumer/home buyer will improve as a result of these various initiatives. With excess residential inventory in the market, a more regularised industry, transactional transparency, lower home loan rates and the CLSS scheme for mid and affordable home buyers launched by the NHB, it is expected that the sector should see some respite during the festive season.’

‘’Demonetisation was a difficult move for many to deal with. However, it has greatly contributed in the standardisation of the pricing in the sector. There is so much transparency now, not just for the buyers and the developers but most importantly for the Government. From a developer standpoint it has immensely helped us in sourcing funding from the banks and we are assured that the source of our funding is genuine. Many people out there believe that demonetisation had an adverse effect on sales, but that’s not true. It was the negative sentiment that due to demonetisation the property costs will go down and that’s exactly what the people kept waiting for instead of investing. Beyond this it has also helped in creating a cleaner image for Real Estate’’