In aggregate, global real estate stocks outperformed in 2018, with the Morningstar Global Real Estate Index slipping 6% year to date through Dec. 20 versus a

Will you buy DHFL and Yes Bank shares on Monday?

I do not give direct stock recommendations, nor should you consider this as one. My opinions about DHFL was initially posted on DHFL Valuation: When the Facts Change.

India recently witnessed something which could have possibly been its Lehman Brothers moment. The default of ILFS, a public sector infrastructure and transportation lending giant, caused a panic in the markets. NBFCs fell like a house of cards, and Dewan Housing Finance Limited lead the pack with a 40% drop in a single day. It fell even more in the following days. Did the market over-react? Let’s take a step back and re-evaluate how much DHFL is really worth at this juncture.

Dewan Housing Finance Limited (DHFL) has almost three and a half decades of experience in Housing Finance in India, seconded only by Housing Development Finance Corporation (HDFC). Founded in 1984, DHFL caters to a niche segment in the Lower Middle Income (LMI) customers. With a gallery of awards reinforcing its strength as a company, DHFL is undoubtedly one of the premier Housing Finance giants in the country.

However, unlike HDFC, DHFL is prone to a minor suspicion. A few years back, rumors emerged that DHFL had cross-holdings in HDIL, a real estate promoter, whose founder was a blood relation of DHFL’s MD and CEO. While the management has denied such claims of cross-holdings and other suspicious activities, we know for a fact what rumors do to a company’s reputation.

Putting aside this dark spot for a moment, there’s a similarity between HDFC and DHFL as well. Just like HDFC, DHFL holds a lot of subsidiaries–most of which are worth a lot. Here is the break-down: 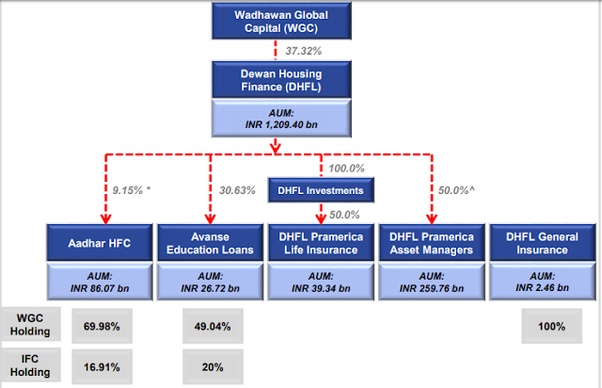 India’s requirement for affordable housing has always been around. It was only in 2015 that it was reinforced by the government’s launch of the Pradhan Mantri Awas Yojana. Of course, the ground reality is also quite similar. A survey done during 2017 showed that a majority of Indians prefer modest houses to expensive ones: 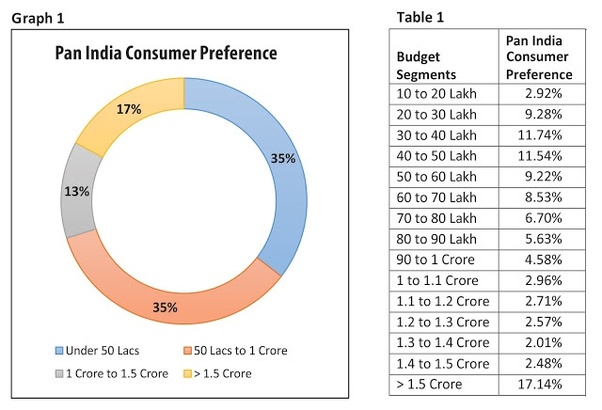 In line with the demand, Housing Finance companies have been seeing some amazing growth in the past few years: 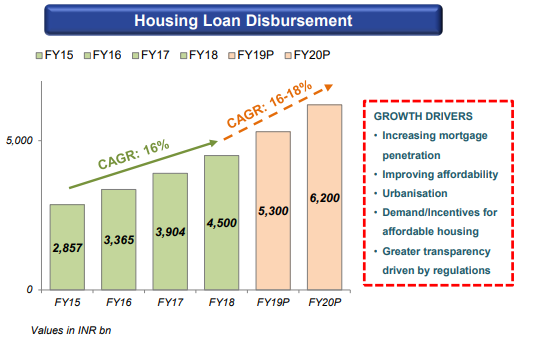 Of course, one also has to consider the crisis caused by ILFS, which put pressure on the credit markets. Unlike a regular firm, BFSI firms are highly linked to the economic cycle. Rumors do affect the day-to-day business of these firms, punishing them with tight interest rates and decreased trust. Finally, the close relation to the economic cycle ensures that any small ripple in the economy will cause significant value creation and destruction in these firms. We will consider all these realities while trying to evaluate a company in this industry.

Of course, as usual, the Net Income numbers are up-to-date, whereas the financial position numbers (Net Worth, Cash, Investments) are not, thanks to India Inc’s poor reporting requirements. So treat these things with a pinch of salt.

If you go through the Balance Sheet of DHFL, you may notice that the company actually has a ton of cash holdings on its books (In Rs. Lakhs):

DHFL also has a ton of investments in short term bonds, thanks to the recent sell-off of its stake in DHFL Pramerica. As already shown, DHFL also has two subsidiaries. Since we are only considering the Standalone Net Income to value the company, we should add these figures to the final value as such (I have used a nominal P/B of 1.50 to value the subsidiaries):

You can take a look at how I arrived at the ‘Company Beta’ and ‘Indexed Returns’ in the file below: 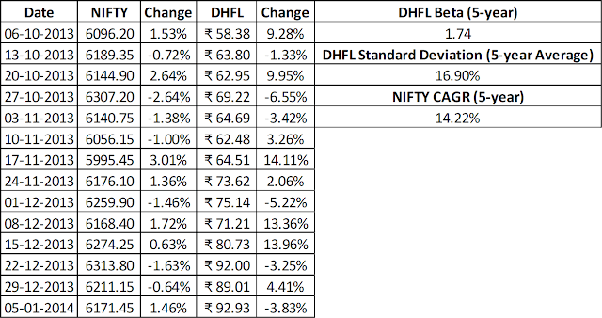 Be informed that I have ignored the latest few weeks’ data, which could be possibly distorted due to the credit crisis as discussed above. However, ignoring a few weeks’ worth of data in 5 years’ worth of data should not affect the outcome by a lot.

DHFL has some Operating Leases and Equity Options on its book, which could possibly dampen its Value. The data to this extent has been taken from the 2017-18 Annual Report.

DHFL has the following information regarding an Operating Lease on its books:

I have simply input these details into the model:

I have valued DHFL’s Operating Lease at Rs. 5.50 Crores, which isn’t a lot, I know. But in a valuation, one should leave no stone un-turned. For example, when I valued Five Belowearlier, I found out that their lease-and-operate model meant that their appearance of a low-debt company was deceiving and they indeed owed a ton of money via Operating Lease obligations.

Talking about skeletons in the closet, DHFL has a close to 30,380 Options Outstanding at a price much lower than the current market value.

The good news is that these Options are supposed to expire this year and are the last tranche of outstanding Options on DHFL’s books. I have valued them at Rs. 259 Crores as shown above.

Unlike a DCF, a DDM requires a lesser number of inputs. Let me justify my inputs above:

Based on our assumptions above, this is how DHFL’s Dividend Payments will evolve: 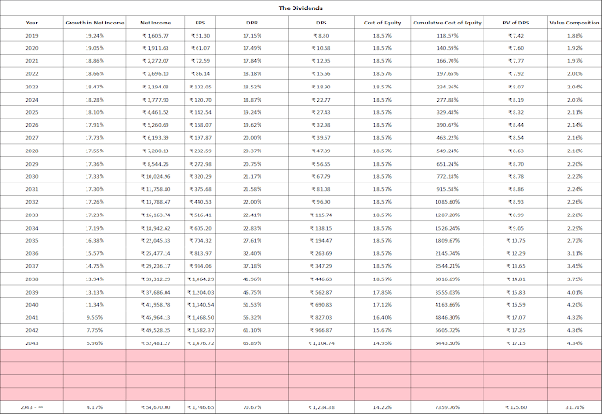 The moment of truth. This is how I value DHFL: 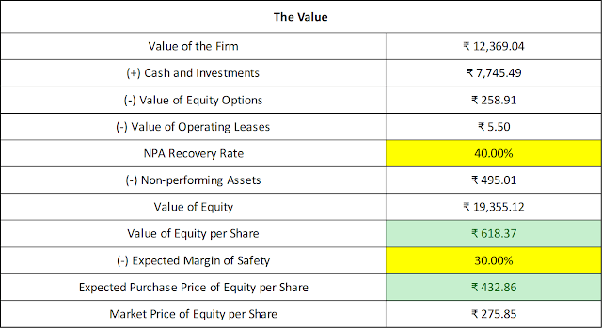 I believe that DHFL is fairly valued at about Rs. 433, signifying a 58% undervaluation. You will also notice that I have used a 30% Margin of Safety instead of the usual 10%. I did this because, as discussed earlier, the fortunes of BFSI firms are closely linked with the economy. With the entire industry in doldrums right now and the lack of clear direction, it is better to be excessively cautious.

In conclusion, I posit that the market indeed overreacted and the crash, to the extent it happened, was unwarranted. I also believe (Very similar to HDFC) that DHFL has a lot of potential to unlock value via its many subsidiaries. They did recently sell a portion of DHFL Pramerica Trust, which is why their liquid cash and investments balance is so high.

I will now simulate DHFL’s Growth, Payout and Cost of Equity estimates as follows:

This is the initial result of a thousand (1,000) simulations: 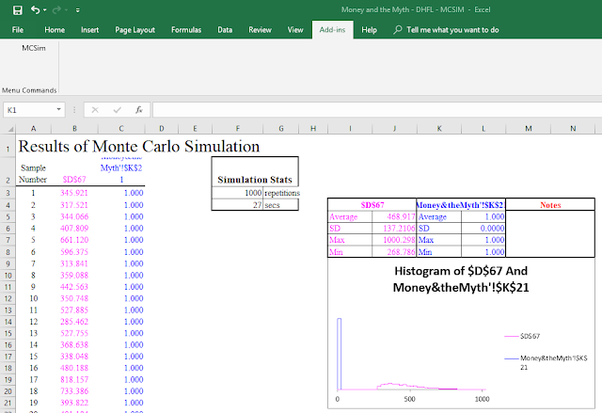 After doing some Excel magic, this is how it can be presented better: 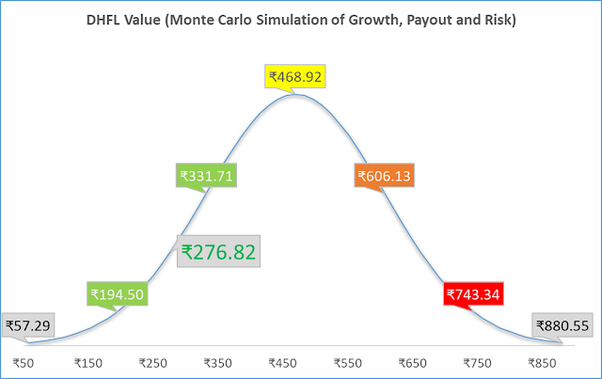 If you know Statistical Analysis and the Normal Curve, you will interpret this diagram like below: 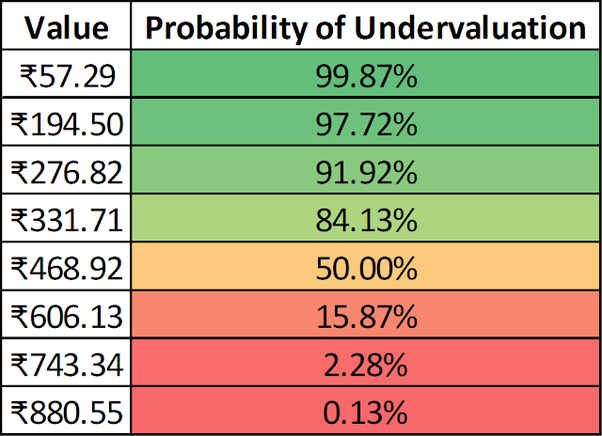 After all, the true Value of a stock is not a single, fixed point. It is a range of Values for a range of future outcomes. At the current levels, therefore, it looks like DHFL has a greater than 90% probability of being undervalued. Is that enough? Only you should answer that question for yourself.

As promised, here is the link to download the model (For free!):

(View/Download – Money and the Myth)

Of course, if your views differ from mine, feel free to download the model and re-value the company. Any significant divergences from my value can be discussed in the comments section below. I’m always up for a good, constructive dialogue.

When the Facts Change..

I have to admit here that DHFL is part of my personal investment portfolio. When I initially purchased it, I did so around Rs. 500 levels. In fact, I valued DHFL at about Rs. 580 at that point. So, what made me write down the value by 33% to Rs. 433? The facts changed. ILFS caused a near-extinction level event, the markets are spooked and the regulators are cracking down with extreme vigilance. The late, great economist Dr. J. M. Keynes once said:

When the facts change, I change my mind. What do you do, sir?

The mark of a good valuation is that it does not change a lot every year. It treads along the Cost of Equity/Capital imposed by the valuer. However, I have no shame in admitting that I should have been more cautious in valuing a company at the peak of a growth cycle. When reality hit, I changed my mind. But the market reacted to a wider extent than me and the stock offers a lot of value once again. I have generously increased my allocation to DHFL by about 50% just a few days back. I have no regrets, as I stand by my current valuation. What will you do, dear reader?