Are we heading towards World War III?

Yes, and We are all being played…

5 October, 2017: JPMorgan Updates By-laws In Case Of “Nuclear Disaster” Or World War III
“In the most bizarre news of the day, Bloomberg’s Hugh Son noticed that in a late Thursday filing, the board of JPMorgan approved a series of revisions to the bank’s by-laws, including a particularly notable one: a new section defining what constitutes a quorum in an emergency resulting from “an attack on the United States” or a “nuclear or atomic disaster.” That scenario is listed among emergencies that – understandably – might make it hard to hold a normal meeting for board members of America’s largest bank.
The clause can be activated not just in case of a nuclear disaster or World War III, but also in a variety of situations including “without limitation apparent terrorist activity or the imminent threat of such activity, chemical and biological attacks, natural disasters, or other hazards or causes commonly known as acts of God.”” 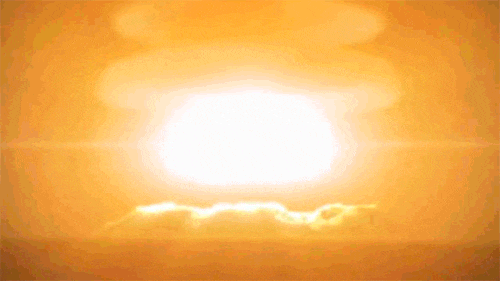 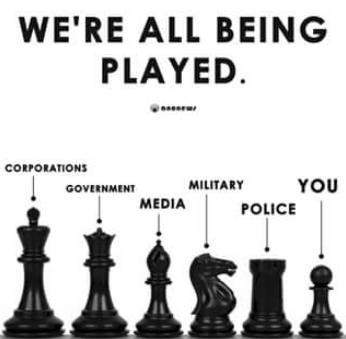 The Neo-Cons in DC desperately need a scapegoat for the coming US-Petro-Dollar collapse which will increase imports and food prices drastically. They stole Gaddafi’s gold, Iraq’s gold, and Ukraine’s gold to prop up the American dream a little while longer while generating huge revenues for the military industrial machinery in the US and UK.

I believe the world is facing an event horizon, as more and more people are figuring out just how badly the main stream media has been lying to us, for the profit of the 1%. Obama has been doing his best to keep us distracted about which bathroom to use, while creating theatricals to try to trick the public to accept an even greater police state.. meanwhile trying to disarm the public. And all this must be done before enough of WE THE PEOPLE wake up to actually go after the criminals in DC and hang them from the lamp posts for treason.

““If the people were to ever find out what we have done, we would be chased down the streets and lynched.” — George H. W. Bush, cited in the June, 1992 Sarah McClendon Newsletter”

Seriously, how were we supposed to celebrate July 4th? Independence day from what? Have you taken a flight lately? Have your kids been felt up by TSA yet? Do you actually think all that security rubbish would have stopped Dick Cheney and his Saudi and Israeli pals from blowing up the Twin Towers and Building 7 and the Pentagon accounting office while forensic accountants were looking for the trillions missing from the Pentagon budget that had just been described in an article in the Washington Times two days before?

When criminal syndicates are facing exposure (too many people know) and or criminal prosecution or regime change they always shred the evidence of their crimes. What worries this old political reform activist born in DC is that the only shredder big enough to deal with crimes of the magnitude of those committed by the Neo-Cons in DC, and since the coup in 1964 when they killed John F Kennedy for doing the same things that Putin wants to do, will be WWIII.

“The more we do to you, the less you seem to believe we are doing.” Joseph Mengele

QATAR and the Forty Thieves

George Webb [https://www.youtube.com/user/geo…] has been on this for months and has a running log on his website.

According to George Webb’s findings, Clinton/Podesta/Awans have outed a number of people, including Seth Rich, in order to hide their many, many crimes. Not the least of which was to transfer millions of dollars from Bernie Sander’s campaign funds via the DNC to the Clinton Foundation.

This saga includes assassinations, bribery at the highest governmental levels, extortion, drug smuggling, organ harvesting & smuggling and much, much more.

“Eisenhower admitted that nation didn’t have ‘enough bulldozers to scrape the bodies off the street’ in the event of a nuclear strike’.” LINK

WWIII Analysis by the brilliant Yoichi Shimatsu :
War On A Lake Of Death Will Prove That Men are Gods

Russian Senator Warns UK “Risks Being Wiped Off The Face Of The Earth”
NBC News April 26th, 2017 NBC News Writes “What Should You Do In Case Of Nuclear Attack?”

WWIII For Dummies (excellent overview)
April 13, 207 Is That Armageddon on the Horizon?

9 Oct 16 “This is what makes the current crisis so much worse than even the Cuban Missile Crisis: one superpower has clearly gone insane.”
3 October 2016 ; Robert Parry article Do We really Want War with Russia?
29 September, “US Spox John Kirby threatens Russia with “more body bags, attacks on Russian Cities”
Arnie Lerma – WWIII, What should we do?
Paul Craig Roberts – Armageddon Approaches
John Pilger: A World War has Begun
Comment from Anonymous
Planet closest to WWIII in 60 years, The Sun UK 7 Sept, 2016

“Why don’t we drop the big one, see what happens?” Randy Newman