With the continuous promotion of China’s One Belt One Road initiative, Dubai, an important node city along the initiative, has become one of the hot locations 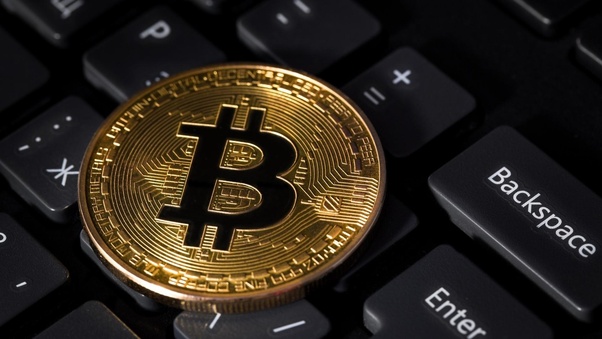 In 2013, when a forum member made a typo in a post to announce – in all caps – that he was “hodling,” he had no idea that the term would go viral. And so, ‘hodl’ was born (meaning to hold on to rather than sell), along with many other phrases and urban slang that have since surfaced, thanks to the digital trend that is Bitcoin.

Today, there’s more to ‘a bit,’ ‘a wallet,’ a ‘key’ or ‘mining’ than there was a decade ago, and we’ve seamlessly added to our vernacular terms such as ‘crypto’ and ‘blockchain.’ The first ever decentralised currency and the best-known cryptocurrency currently in use, Bitcoin has inevitably brought change to how we perceive – and perhaps, make – investments. It has been described as an enigma, a craze, a new-age financial fad, and even been compared to the 17th-century ‘tulip mania’ economic crisis. It has put prudent investors in a dilemma, yet made unassuming teenagers millionaires overnight.

Although Bitcoin has been around since the year 2007, the virtual currency soared in global popularity only in the past few years – bringing about widespread excitement and chaos. From pop culture references in TV shows and musical odes on YouTube to secret mining facilities and businessmen screeching its praise in conferences, Bitcoin has created an eccentric culture, speckled with quirky incidents, rollercoaster highs and lows, and volatile behaviours – on the exchange and in its proponents.

Even if you are on the fence about it or think it’s a scam, it’s quite likely that Bitcoin is here to stay for a while. In fact, UAE residents are big on it and many here are keen to buy and sell the cryptocurrency. Over the past several months, there has been a lot of information going around, and many businesses are involved in shaping the discourse around its use. Government agencies, meanwhile, are in talks about regulating it. And, from a larger perspective, there is a growing awareness of how blockchain technology can transform almost every industry – from fintech to music.

Perhaps you’ve read all this and are still wondering, “what really is Bitcoin?” Maybe you want to know why some are so into it while others are extremely wary. Or, you’d like to know how to get started as an investor. Here’s your public key – go ahead and cash in on all this Bitcoin information and more.

Is it the future of investment?

Is Bitcoin a short-term digital disruption or is it pegged to be the alternative currency of the future? While it offers a cheaper, faster, more transparent, and more secure way of exchanging money, Bitcoin is too unstable a commodity to place our bets on right now. Plus, whatever its future status, it’s unlikely that Bitcoin would ever replace or even be on par with government-issued money.

On the other hand, blockchain is certainly a revolutionary technology that will change how transactions, finance, and in fact, several industries work. It has been described as having the potential to impact the investment market in quite the same way that Amazon shaped e-commerce and the retail sector.

Though traditional investments aren’t going to disappear, those who don’t get familiar with the blockchain system may find themselves at a disadvantage as the public sector, banks, and corporations move forward to incorporate blockchain use. It’s safe to say that investments are going online.

How it all began?

2007: The idea of Bitcoin begins to take shape. Allegedly conceived by the mysterious Satoshi Nakamotoa; possibly used as a collective pseudonym.

2008: The http://Bitcoin.org domain gets registered. A white paper on Bitcoins is published.

2009: Version 1.0 of Bitcoin releases. The first issuance and transaction of Bitcoins takes place.

2010: The Bitcoin Market currency exchange is established. First recorded purchase is of a pizza, costing 10,000 BTC.

2012: Bitcoin Magazine launches. A hack causes the one of the largest recorded Bitcoin thefts.

2013: FinCEN formulates some of the first Bitcoin regulations. The cryptocurrency’s price hits a new high of $266 (Dh971 approximately), up from $13 (Dh48) in the previous year.

Global responses: A look past the bubble

A phenomenon this good doesn’t come without cons, and Bitcoin has plenty. Proponents would be remiss not to mention the dark side of using Bitcoins – or for that matter any other currency in the crypto world. Still in its nascency, the digital asset is notorious for its value fluctuations, rather experimental, and lacks long-term credibility. Its nature renders it attractive for possible tax evasion and money laundering.

For these reasons and more, its legality currently varies from state to state – some governments have entirely banned it, others tolerate
its use while clarifying that it isn’t legal tender, and a handful completely accept it. While decentralisation makes blockchain hacks
extremely difficult, the Bitcoin market has already fallen prey to security issues and hacks.

Also, no investor wants to ever find themselves in a similar situation to UK computer engineer, James Howells, who accidentally threw out the only hard drive storing his Bitcoin wallet and lost an estimated $32.5 million! For prospective traders in the UAE, it’s most important to remember that Bitcoin is not yet regulated here, making it a much higher risk than traditional investments.

Although there is a general sense of encouragement in the region when it comes to its use, there are multiple limitations and the options available to active buyers are constantly changing. For example, many banks around the country have recently put a ban on the purchase of cryptocurrencies through credit cards and prohibited their use for remittances. This measure was implemented to protect customers who may be unable to repay debts – if the BTC value severely plummets or in case they get caught up in fraud.

Cash in on blockchain: What you need to know

Albeit a volatile move, no investment comes free of risk. If all this Bitcoin speak has piqued your interest or you’ve already set your heart on trading online, you’re in good company right here in the UAE. Companies and networking groups like Holborn Assets and Dubai Entrepreneurs Network (DEN) have been hosting introductory classes for those who want a better awareness of the cryptocurrency market while Middle Eastern digital currency exchanges like BitOasis provide simple solutions for buying virtual assets with Dirhams.

The UAE also offers platforms for knowledge on cryptocurrency and blockchain technology through seminars that are hosted by renowned experts in the field; one of the largest gatherings of its kind in the Middle East – the Dubai International Blockchain Summit – wrapped up in January, and the Future Blockchain Summit is scheduled for May.

These events go beyond the immediate needs of an individual investor, though, and are ideal arenas to delve into the blockchain ecosystem and understand how to adopt decentralised technologies for smart processes across various sectors.

Virtual currency and us

A new, growing, and modern nation, the UAE is ever-ready to lead with the latest advancements and innovations. How keen then has the government been on accepting Bitcoin? As the digital asset surged in worldwide popularity over the past few years, it became a buzzword around the local banks and businesses. Although in early 2017 there was some talk of a regulation which prohibited the use of virtual currencies in the UAE, the government later announced its plans to develop legislation around Bitcoin trade and blockchain technology in order to boost the region’s smart government and fintech endeavours.

By the last quarter of 2017, the country’s interest in Bitcoin saw tremendous growth – information sessions for prospective investors started popping up all around town and digital exchanges became a hot topic. The buzz hit the real estate markets as well with some developments allowing buyers to purchase property in Bitcoins, and landlords accepting rent payments from tenants in the form of Bitcoin transfers to their e-wallets.

For now, Bitcoin enjoys huge demand in the UAE. Time will tell if it’s a trading trend or an investment norm.

BTC is the common abbreviation used to denote one Bitcoin while a bit refers to a sub-unit of Bitcoin. 1,000,000 bits = 1 BTC.

A broad term given to digital currencies that work on a peer-to-peer basis and use blockchain technology – instead of banks – to conduct transactions between individuals.

An online system that eliminates the ‘middleman’ for transaction purposes – such as a bank. Peer-to-peer arrangements allow individuals to deal with each other directly.

A digital file that acts as a general ledger among those involved in a cryptocurrency network. Although everyone can view its virtual transactions, the blockchain is sealed to prevent possible tampering.

“There is nothing in the UAE law that prohibits a person from lawfully obtaining such digital assets as Bitcoin, but there is no regulated regime for businesses to trade in them. One needs to conduct due diligence when dealing with this new asset class; however, I believe that one needs to consider allocating 5-10% of their net-worth to digital assets. Ask yourself – if you had the chance to invest in TCP/IP Protocol back in the 90s (the protocol on which the Internet is based) would you do that? I think the answer is yes, but people could only invest in individual companies as opposed to the protocol. With blockchain technology, you can actually invest in the protocol! Major western institutional investors are already on board, and I think our MENA region is falling behind.”

“I got to know about cryptocurrencies through a business article I read back in 2015, but started investing only from September 2017 when I learnt extensively about it from a friend. It’s very important to realise that Bitcoin and other cryptocurrencies are extremely volatile. My
experience with it has been great, but in the bigger scheme of things, it’s not as fruitful as it was earlier. I encourage others towards it, but it’s imperative to keep up with the news and not invest blindly. Remember to take calculative risks and not go full throttle with your investments.”

“Bitcoin is exciting because it shows how cheap it can be. Bitcoin is better than currency in that you don’t have to be physically in the same place, and of course, for large transactions, currency can get pretty inconvenient.”

“I think it’s a huge danger right now that people are looking at this as the next great thing; it’s a bubble for sure. In the next stage, you
will see it really skyrocket, there will be a short squeeze, it will go even higher, and then, eventually, it will come caving in; it’s almost a guarantee.”

“Well, I think it is working. There may be other currencies like it that may be even better. But, in the meantime, there’s a big industry around Bitcoin. People have made fortunes off Bitcoin, some have lost money. It is volatile, but people make money off of volatility too.”